by Rudy P. SysAdmin at howtofindthemoney
The Dakota Gasification Company's (DGC) Great Plains Synfuels Plant (GPSP) located near Beulah, North Dakota, is the only coal-to-synthetic natural gas (SNG) gasification plant in operation worldwide, producing approximately 153 MM scf/day of SNG [56 billion scf/year] from 6 million tons/year of lignite. In addition to SNG, a variety of byproduct process trains have been incorporated to add flexibility to plant economics: GPSP also produces ammonia for use as fertilizer and pipes captured pre-combustion CO2 to two Canadian oil fields for Enhanced Oil Recovery (EOR). The plant uses 14 Lurgi dry-ash gasifiers for syngas generation, adding an equilibrium-limited fixed bed bulk-methanation process for SNG synthesis. The technology is commercially proven, evidenced by the GPSP having been in operation since 1984.
Notwithstanding the success of the GPSP, advanced entrained-flow gasifers are of more interest in recent designs to eliminate the need for processing the tar byproducts. New gasification technologies are also being developed specifically for coal-to-SNG production; examples include hydrogasification and catalytic gasification.
Figure 1 shows an example of a simplified block flow diagram of a coal-to-SNG design as proposed by ConocoPhillips using their E-Gas™ gasification technology for syngas generation with Rectisol acid gas removal (AGR) and bulk-methanation process for SNG synthesis. As shown, the overall plant consists of three key processing areas:
Supporting facilities include the air separation plant, the power train and other offsite plants such as water treatment. All are commercially demonstrated technologies. 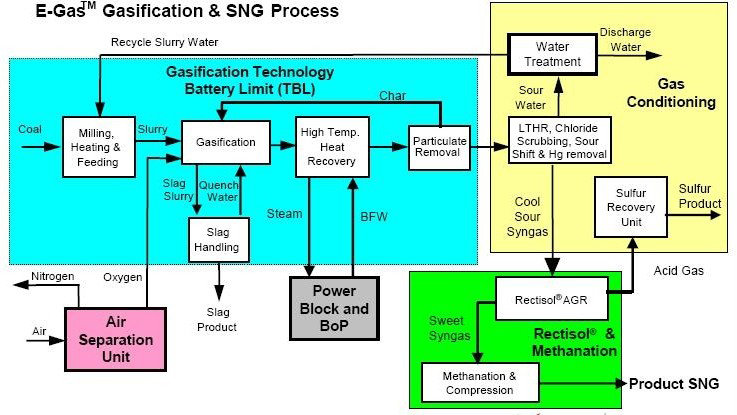 Figure 1: A Simplified Coal-to-SNG Block Flow Diagram
The economic viability of producing synthetic natural gas (SNG) through coal gasification is heavily dependent on the market prices of natural gas and the coal feedstock to be used, in addition to the capital cost of the gasification plant. Costs of producing SNG via gasifying coal were estimated by the 2007 interdisciplinary MIT study to be from 6.7 to 7.5 dollars per million Btus.
The Great Plains Synfuels Plant, which has seen gradual process improvements throughout the 25 years of operation, has an overall higher heating value (HHV) efficiency of 64.7%. This is based on 18,500 tons of lignite per day with a 6,900 Btu per lb HHV as an input and an output of 170 million standard cubic feet (scf) per day of SNG with an HHV of 972 Btu per cubic foot. In 2000, two large compressors were installed for transporting 105 million (scf) of compressed CO2 (60% of the total CO2 produced at the plant) through a 205 mile pipeline to Canadian oil fields for enhanced oil recovery (EOR). Operations during 2007 demonstrated an overall plant capacity factor of 90%.
The 10 largest coal producers and exporters in Indonesia:
Click Here! Top Clean Coal Contractors for Power Plant, Gasification, Liquefaction and Emission Control System
Source: US National Energy Technology Laboratory