by Rudy P. SysAdmin at howtofindthemoney
Coal miners in, or considering, coal-to-liquid (CTL) energy production need to make decisions on the most suitable liquefaction process, estimate the associated capital costs, and predict the return-on-investment (ROI) for the stakeholders.
Many projects are all in progress in the world, but time-to-market, and R&D costs are concerns, except for Sasol Secunda CTL plant which supplies 30 percent of South Africa’s fuel requirement.
The volatility of the coal price, unpredictability of coal demand, and ongoing search for alternative energy sources, has encouraged many coal miners to explore new and complementary coal mining processes.
The best known is the coal seam gas (CSG) non-renewable energy source which has recently attracted extensive negative publicity, mainly because it is seriously invasive on the mines’ neighbouring farming land, and not particularly environmentally friendly.
The coal-to-liquid (CTL) process, in most instances, means that existing coal mines can convert coal into synthetic crude oil for further refining into diesel and other fuels, adding revenue and economic sustainability to the miner.
CTL Processes
There are three recognised basic processes for the liquefaction of coal: Direct Coal Liquefaction (DCL) and Indirect Coal Liquefaction (ICL), and a hybrid of the two. 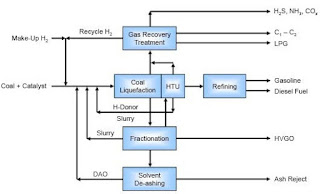 Direct Coal Liquefaction
As with all process plants there are also many variations of these processes used in industry.

Indirect Coal Liquefaction
Which basic model is selected depends on many factors, the most critical being feedstock coal quality (lignite, sub-bituminous, bituminous, or other low ranked coals), yield required, final product (diesel or high octane fuels), and capital costs.
What is common and most crucial to the efficiency to all CTL processes, and their variations, is the gasification phase.
One of the most common gasification designs is the Integrated Gasification Combined-Cycle (IGCC) plant. Since the plants represent investments of hundreds of millions of dollars it is essential to leverage advanced technology to identify optimal process configurations. 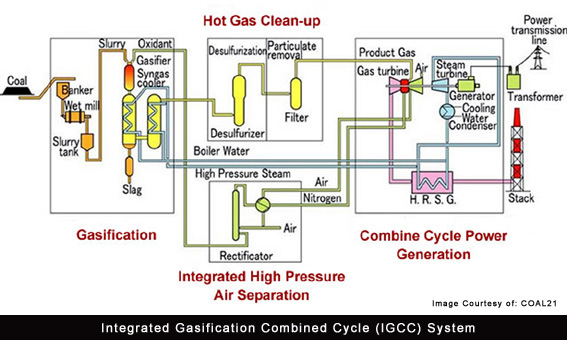