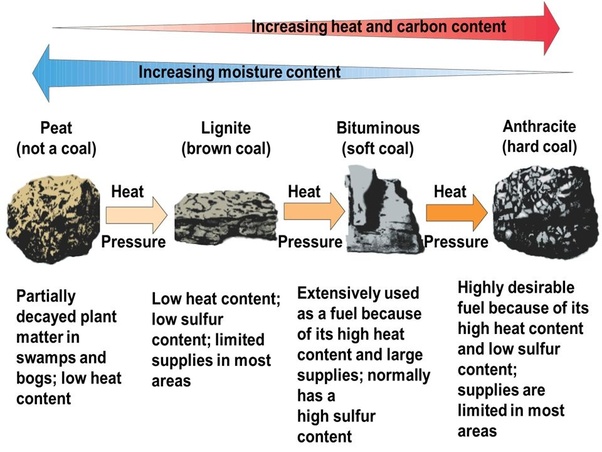 The four main types, or ranks, of coal are:
The term low-rank coal is commonly used; this refers to the lowest heating value and higher moisture content (and lower cost) lignite and sub-bituminous coals.