Among the four different types of Shells, “Solomon, the Scholar” is one of the highly preferred and interesting Shells in the Mortal Shell game. Every Shell possesses different types of abilities and stats that make them different from other shells. The four Shells are Harros, the Vassal; Solomon, the Scholar; Tiel, the Acolyte and Eredrim, the Venerable. Harros is a highly preferred choice of players, but after Harros, Solomon is the best pick up. The reason behind the great popularity of Solomon is its impressive stats. Solomon is best for those who like to use the flashy moves and handle parries more than usual.

Solomon has the second-highest durability Shell after Eredrim. The combination of these two Shells can easily wipe out plenty of parries. It can also perform some tank moves to recover its low stamina. However, parrying could be a plus point for Solomon once you combine some glands, unlock some skills and turn the defensive mechanics into Solomon’s best offense. 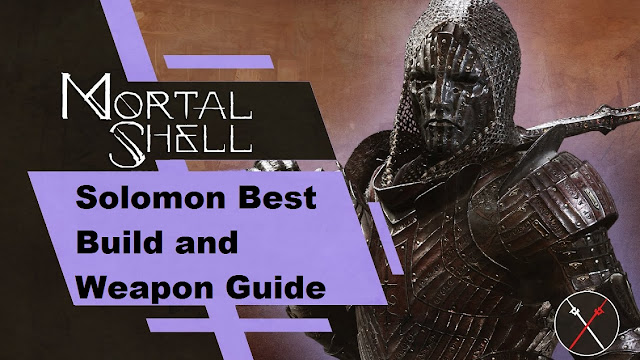 While playing with Solomon, resolving will be your main focus to avoid and dealing damage. However, investing in “Accretion of Inheritance” early isn’t a bad choice. The following ability will slightly restore the resolve when you get hit during the time of hardening. This ability will always help you, and it only costs 6 Glimpses and 1,100 Tar value.

Things will get more interesting when you acquire the “Accretion of Ascent.” This ability will let you regain all your five bars of resolve. You need to eliminate the enemy with the help of empowering riposte to regain the resolve. However, no guarantee regaining all resolve will bring back the weapon abilities and parries instantly.

You can also turn the five resolve bars into six after you get the “Accretion of Resolve.” Indeed, you will lose the extra bar during the time of holding the gland, but you will also get 25 max HP in exchange. However, it’s not available for free, you have to spend a total of 15 Glimpses and 2,500 Tar value to unlock the extra bar of resolve.

The first benefit of Hallowed Sword is that it provides some extra resolve on hit. It also synchronizes almost everything in Solomon’s kit along with some great weapon abilities. The “Mechanical Spike” and “Molten Spike” abilities can easily destroy the enemies. Both of these abilities can shock the boss in just two resolves. So in the battle, you can unleash the ability three times back to back.

Solomon is a perfect Shell for every player. Every newer player or the experienced player can use this Shell to progress the game to higher levels. Using this, Shell will also improve your mechanics and play-style. For the lovers of heavy hitters, Solomon is a great choice, but if you want to earn rewards, you have to perform parry and hit the weapons regularly.

Conclusion – Mortal Shell has offered four different types of Shells in the game that possess separate but unique kinds of abilities. Players can choose their preferred Shell according to their play-style. However, Solomon is a special type of Shell that’s suitable for almost every player.