Like Oil and Gas, Hydrogen Could Soon Develop Into a Main Energy Source

by Rudy P. SysAdmin at howtofindthemoney
Hydrogen power has been on the market for decades but has never really been able to break the glass ceiling of mass-market appeal, mainly due to a host of technical and cost issues.  Indeed, battery power appears to be winning the race to replace the internal combustion engine (ICE) more than any other alternative fuel type. EV companies like Tesla Inc. (NASDAQ:TSLA) have already hit the fast lane while hydrogen-powered fuel cell electric vehicles (FCEVs) appear to have stalled on the start line.
Case in point is California, one of the greenest states in the United States. The golden state boasts a grand total of 20,992 EV charging stations compared to just 40 public hydrogen fueling stations.
But now some experts believe that the hydrogen fuel economy has finally reached a tipping point, and hydrogen could soon develop into a globally-traded energy source, just like oil and gas. 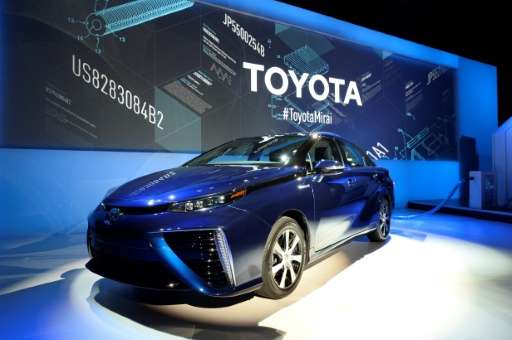 The revelation comes as dozens of countries have started committing billions of dollars, especially to green hydrogen, in a bid to combat climate change.
The Hydrogen Economy
The term "hydrogen economy" refers to the vision of using hydrogen to replace traditional fuels such as oil and natural gas as low-carbon fuels for transportation or heating.
London–based global information provider, IHS Markit, has reported that a growing number of oil, automotive and other companies have been proactively investing in hydrogen technologies.
The analyst says that countries across the globe are investing in hydrogen either as a tool to meet ambitious decarbonization goals or an opportunity for export.
For instance, hydrocarbon exporting countries in the Middle East which are well endowed with high solar insolation; coal-rich countries like Australia, gas-rich countries like Russia as well as highly industrialized energy-importing countries in Asia and Europe are all showing a keen interest in hydrogen.
A good case in point is Germany, which has recently committed to invest €9B (about $10.2B) in hydrogen technology over the next two decades.
Last Wednesday, Germany's cabinet passed a national hydrogen strategy that will help decarbonize the economy and cut CO2 emissions. The government has proposed to build electrolysis capacity of 5,000MW by 2030 and another 5,000MW by 2040 over the following decade to produce fuel hydrogen.
Germany currently consumes 55 TWh each year of CO2-intensive hydrogen in its steel, chemical and fertilizer industries, among others. However, it wants to get rid of "grey" fossil hydrogen generated from natural gas and instead scale green hydrogen produced from wind and solar energy.
That level of investment is likely to catapult Germany into a regional and global fuel hydrogen powerhouse.
Other countries with huge hydrogen commitments include Australia, China, France, Norway, South Korea, and the UK, among others.
Hydrogen in Climate Change
Hydrogen is a highly reactive element and must, therefore, be produced from other compounds such as water, natural gas, biomass, or alcohols. In all these cases, it takes energy to convert these primary fuels into pure hydrogen; for that reason, hydrogen is viewed as a storage medium or energy carrier rather than an energy source in itself. Consequently, the climate impact of using hydrogen as a fuel depends on the carbon footprint of the energy that is used to produce it.
Currently, hydrogen is mostly produced by converting natural gas to hydrogen and CO2. However, it can also be produced from low-carbon sources such as solar or wind power, which are used to split water into hydrogen and oxygen through electrolysis. Methane gas from landfills and sewage treatment facilities are another potential source of low-carbon hydrogen as long as methane leakage is minimized.
The surprising find is that FCEVs using hydrogen from natural gas are still considerably cleaner than traditional ICEs.
A 2014 study by the Union of Concerned Scientists found that FCEVs using hydrogen generated from natural gas had a full lifecycle "well-to-wheels" global warming emissions more than 30% lower than conventional gasoline vehicles and under California's renewable hydrogen requirements. California's grid--and the US' as a whole--have become considerably greener since then, implying that the carbon footprint by hydrogen-powered devices such as FCEVs and forklifts has also declined by a considerable margin.
Hydrogen Fuel Stocks Soaring
Last year marked an important milestone for the hydrogen fuel industry, after the world added 1GW of global hydrogen fuel capacity, crossing the 1GW mark for the first time ever. That represented 40% Y/Y growth, or double the global EV unit sales growth.
Hydrogen fuel cell stocks have lately been cleaning house: PlugPower Inc. (NASDAQ:PLUG) has soared 50.6% YTD and 81.1% over the past 12 months, Ballard Power Systems (NASDAQ:BLDP) is up 67.6% YTD and 188.5% over 12 months, FuelCell Energy, Inc. (NASDAQ:FCEL) has rallied 1.2% YTD and 534.8% over 12 months while Bloom Energy Corporation (NASDAQ: BE) has returned 16.3% YTD and -17.1% over the past 12 months.
A big reason why the hydrogen marketplace is opening up is due to falling production costs. According to IHS Markit, fuel hydrogen production costs declined 45% between 2015-2020 and could fall another 42% by 2030. The organization anticipates that hydrogen could provide anywhere from 10-25% of the world's energy needs by 2030, or as much as natural gas, as costs continue to fall. 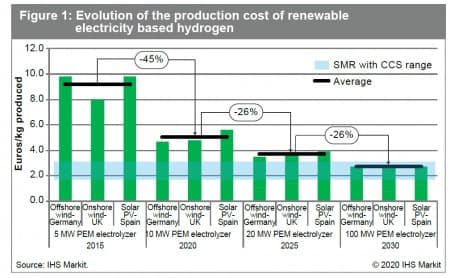 This could prove to be yet another blow for the fossil fuel industry.
But even more importantly, FCEVs could start giving EVs a run for their money.
For instance, Japan has outlined plans to quit fossil fuels and import clean hydrogen with plans to have as many as 800,000 hydrogen-powered fuel cell cars on its roads by 2030. Others like the UK have come up with more novel measures, such as adding hydrogen directly to natural gas.
Elon Musk claims to have never lost sleep over the threat posed by the hydrogen fuel cell industry, dismissing them as "mind-bogglingly stupid," "fool cells," and also "a load of rubbish."
But current developments in the industry, as well as this survey of 1,000 industry executives that concluded that hydrogen fuel cell technology will ultimately outperform battery-powered EVs, should at least give him some food for thought.
The 10 largest coal producers and exporters in Indonesia:
Click Here! Top Clean Coal Contractors for Power Plant, Gasification, Liquefaction and Emission Control System
Source: Oil Price