Browse Articles  »  Technology  »  South Korean Should Partner With German to...

South Korean Should Partner With German to Develop Hydrogen Technologies

by Rudy P. SysAdmin at howtofindthemoney
South Korean companies should partner with German firms to develop hydrogen technologies and actively take part in related projects to make the best use of the European country’s new hydrogen road map, according to a report Wednesday.
The state-run Korea Trade-Investment Promotion Agency (KOTRA) released a report titled “Current status of the German hydrogen industry and Korean firms’ entry strategy,” highlighting that local firms should advance into Germany’s hydrogen-based mobility and infrastructure projects.
Last month, Germany announced an ambitious plan to expand hydrogen technologies to help end the country’s reliance on coal in the fight against climate change.
“In the case of hydrogen mobility, (German) market is expected to expand first in commercial areas, such as trucks, buses, and some construction machinery, rather than passenger cars, before charging infrastructure is fully established,” the report said. 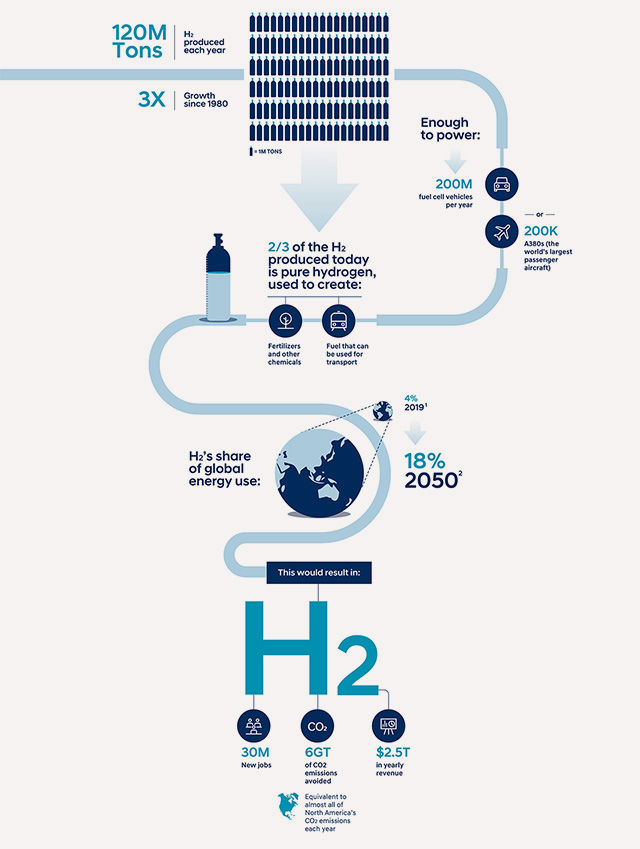 “It is necessary for Korean companies, which have strength in hydrogen cars, to actively participate in the development and sourcing of related parts, such as fuel cells, hydrogen storage tanks and electronic equipment.”
Hyundai Motor launched its second-generation hydrogen-powered vehicle Nexo in April 2018 with a driving distance of 609 kilometers and a maximum power output of 113 kilowatt-hour. But Germany has yet to have a hydrogen-specialized model in the passenger car sector.
The Korean automaker is now pushing to enter the initial hydrogen car market by participating in future car projects of major original equipment manufacturers in Germany, KOTRA said.
“Since Germany is first seeking to commercialize hydrogen centering on large cargo vehicles such as trucks, KOTRA is also exploring global partnering business in line with this movement.”
In terms of the infrastructure projects, there will be new demand for the construction of green hydrogen plants in chemical, steel and aviation due to carbon tax, the report said.
“It is necessary to encourage investments from major German companies to supplement weakness (of Korean firms) by utilizing Korea’s strengths in areas such as hydrogen cars and fuel cells for power generation.”
The report cited a project by Hyosung Group and Linde Group to build liquefied hydrogen plants in Ulsan, Korea by 2021. Hyosung utilizes the production of by-product hydrogen and fuel cells in the Ulsan petrochemical complex to make hydrogen energy. Linde makes large-capacity storage in liquid form and plans to establish charging station infrastructure in major national hubs.
The 10 largest coal producers and exporters in Indonesia:
Click Here! Top Clean Coal Contractors for Power Plant, Gasification, Liquefaction and Emission Control System
Source: Korea Herald