Browse Articles  »  Technology  »  Why you should not be afraid of automation

Why you should not be afraid of automation 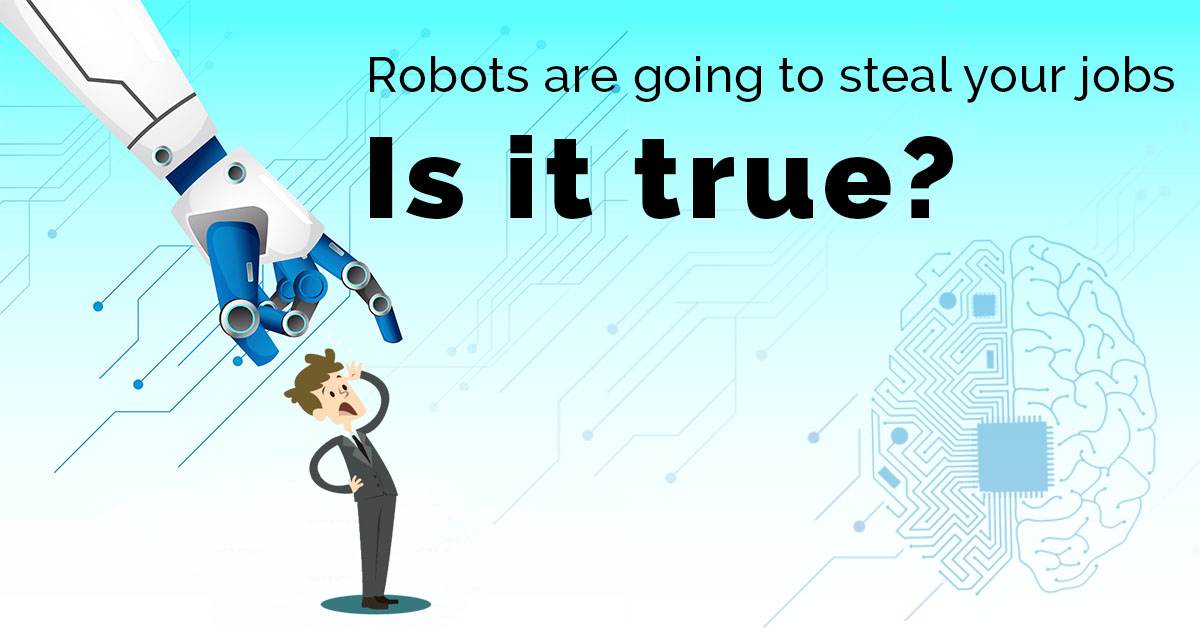 Save your jobs the robots are coming!

There is this doomsday theory doing rounds in the world media, "The Robots are going to take your jobs." The thing is that the anti-robot sentiment has reached the level of paranoia with people thinking that robots are evil and will control the world one day (remember the movie Terminator). The problem is that all these are just theories as nobody is sure what will happen in the future. But if we take a look at the past, we find that most of these fears are unfounded.

Overestimating the potential of Robots

Whenever a new technology rises, there are extreme assumptions from both supporters and non-supporters of the technology. Same goes with robotic automation, on one hand, we have some people who are over the moon seeing a robot beating a human in chess, while on the other hand there are people who feel that robots will enslave us and rule over the world! Robots are highly overestimated beings, the time when robots will be able to take over all the tasks that humans do currently entirely is still very far (if there is such a time that is!) We have not yet understood the intricacies of the human brain fully, so it is not possible to build an intelligent robot which functions like a human.

Most of the population think that automobile industries are the most automated ones in the world. Toyota, one of the world's most respected automakers, has only 8% of automation in its factory. It is because Toyota knows that machines can do repetitive tasks, but not qualitative ones, the functions in which thinking and improving is required are best left for humans.

History repeats itself with robotic precision

At the dawn of the Twentieth century, a momentous event happened in the history of human civilization, The Industrial revolution. Many people came out of farms and joined the workforce in industrialized towns. The majority of the people used to work in farms before the revolution. Once farming inventions like tractors, thrashers, pesticides, and chemical fertilizers became readily available, farming became easy and required fewer hands to work. Did this make these farm-hands unemployed?

On the contrary, they found much better jobs in cities. Living standards of people improved, and cities became the new centers of economic development.
Productivity gains are always directly proportional to the level of automation. The success of the Industrial revolution is a shining example of this. Machines have made sure that we are six times better off than our great-grandparents.

An excellent example of automation increasing the workforce instead of shrinking it would be clothing mills. In the U.K. it was feared that with machines taking over, manual labor in clothing mills would be eliminated. In spite of the fact that employment in the textile industry was mechanized, the number of people being employed in the textile industry increased exponentially. What happened here was that as labor got mechanized, the textile mills could produce more cloth in the same 24 hours. This lead to a reduction in costs of fabric as demand grew along with the size of the industry, in short, the market just got more prominent, and there was space for more textile workers. It was the nature of the jobs which changed, instead of hard manual labor, a new category of production floor workers emerged who used machines to produce more and better quality cloth.

When Electronic Discovery Softwares thronged the market, there was a fear that the post of junior lawyers would become obsolete. EDS was designed to sift through piles of legal documents and spit out results more quickly and accurately than its human counterparts. One is inclined to think that with EDS, the job market for junior lawyers would be eliminated. On the contrary, the jobs of junior and paralegal lawyers have grown faster than the rest of the workforce since 2000. Why, you ask? Well as EDS could do the job more quickly, Judges allowed for more in-depth discovery requests and law firms searched a number of documents than they previously would have.

This is a universal human fallacy that the market is limited, and if the work is done faster, then there would remain no work for humans to do, resulting in job loss. Economists have a name for this phenomenon- Lump of labor fallacy.

A similar thing happened when computers started changing the dimensions of the workforce. Naysayers predicted with surprising confidence that machines will replace humans and we will all be jobless. On the contrary, computers helped us in transforming from a labor economy to a knowledge economy. A new type of jobs was created, instead of working in factories, people started working in swanky air-conditioned offices. Hence as we can see, modern technology brings new kinds of jobs, the job market is transformed and not dismantled as we fear.

The thing with automation is that it enhances humans and not replaces them. In most cases, it is partial automation and not full automation, in which machines work in conjunction with humans and make their work easy. Humans can assign mundane and repetitive tasks to robots and do more meaningful work.

Automation is replacing the repetitive tasks, freeing us humans to concentrate on more creative ones. We, humans, are not cognitively designed to perform repetitive tasks; instead, we should focus on innovating and creating new things so that we can expand into new avenues of progress. This is the idea of constructive destruction, in which new jobs get organized, and old ones die with the advent of modern technology. Hence, instead of fearing automation we should be investing heavily into it and help in increasing the penetration of automation into our lives so that we can all live more productive lives and focus on more meaningful tasks by delegating the repetitive ones to robots.