Browse Articles  »  Real Estate  »  Why Do the Land Surveyors Make Use of Laser...

Why Do the Land Surveyors Make Use of Laser Scanners? 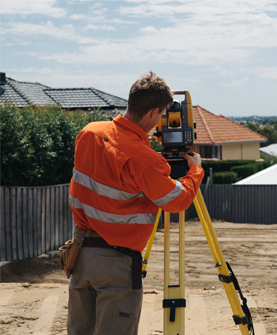 Laser Scanners Are Faster Compared to the Other Equipment
Earlier, the land surveying would take only 2 weeks,  often months. It had been a decades ago story. Now thanks to technology and skills development, land surveying can be done in just a few hours, or else in a day at the most. Using laser scanners, the land surveyors can easily collect data with 100% accuracy, hence there is no need to frequently visit the site. So, the expenses reduce.
In addition to it, when there might be a scarcity of skilled land surveyors, then the laser scanners would be doing wonders for the other team members for completing various surveying projects. Hence, it helps to free up the remaining workforce to focus on the other related tasks, thus raising productivity without having to exceed the project budget.
Laser Scanners Can Be Operated With Ease
It is difficult to take accurate land and building measurements using manually operated tools,s since it is time-consuming, and at times near to impossible. There are a few lands that are difficult to reach, and even the land surveyors will not be able to access tough to measure areas for the obstacles like the trees, rocks and more. Even if the land surveyors are conducting mapping in these situations, then the collected data quality is likely to be insufficient at creating three-dimensional models of the terrain. Here, the laser scanners prove their usefulness since they capture data easily and produce 3D mapping for any kind of terrain, despite the obstacles.
Laser Scanners Bring Up Detailed Information About the Terrain
Along with speed and ease of usage, the laser scanners also produce the land's comprehensive view, which would not have been possible otherwise. Even the handheld, standard tools are likely to fail to capture the terrain for its location, and just produce 2–dimensional pictures while operating.
However, the laser scanners are effective at producing 3 – dimensional images and creating 3D models to assist in a detailed analysis, even at the dense forests, caves and other hard to reach places.
Laser Scanners Prove to Be Useful in the Preservation Projects
Laser scanners have a huge role to play in creating high quality, non-intrusive models of historic buildings for planning renovations and repairs. Thanks to the accurate measurements, the surveyors prepare the 3–dimensional maps and retain records for using them during emergencies, like earthquakes, floods and fire.
Several processes are involved in land surveying, which includes aerial mapping and mobile laser scanning – the processes which can be done by using laser scanners. Owing to their unique functionalities, the land surveyors can easily map different right on time but at the same decided budged.
A land surveyor has to represent an organization handling land surveying projects. The beginning is always done using the laser scanners for collecting high-quality data which are put into the comprehensive workflow so the operations are optimized and the business bottom line improved.