by Rudy P. SysAdmin at howtofindthemoney
Amid rising global uncertainties, the country’s economy remains strong and is projected to grow from 5.8 percent this year to 6.0 percent by 2021, according to a recent economic update from the World Bank.
The sustained and inclusive economic growth of the country, the report said, would depend on the successful and timely implementation of high-impact projects such as those under the government’s ‘Build, Build, Build” program.
Crucial to the implementation of these programs is the availability of reliable and sufficient power to ensure that high-impact projects operate efficiently upon completion.
There is however a looming concern among businesses that are taking part in the government’s infrastructure programs. The’ ‘Build, Build, Build’ program is stretching the energy supply in the Philippines. 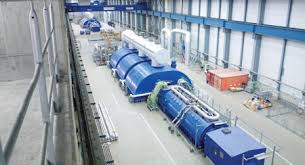 Generation capacity
According Department of Energy data, the Philippines had an installed generating capacity of 23,815 megawatts as of end 2018, with the bulk, or 8,844 MW, coming from coal-fired power plants. Renewable energy followed at 7,227 MW,  oil at 4,292 MW and natural gas at 3,453 MW.
The country’s dependable generating capacity in 2018, however, was much lower at 21,241 MW. Power consumption reached nearly 100 million gigawatt-hours in 2018, up 9 percent from 94,370 million gWh in 2016.
As the economy continues to expand, DOE predicts that the nation will need 43,765 MW of additional power-generation capacity by 2040 to meet increasing power demand.  With the anticipated completion of infrastructure projects the ongoing ‘Build, Build, Build!” program, the country will soon need more power.
Energy security
Considering DOE’s prediction, it is crucial for the country to install at least 7,000 more MW of generation capacity over the next five years. Otherwise, the economic growth will run into an unbreakable wall.
A good model is Taiwan, one of the most progressive nations in the region, which currently has more than 20 ultra-supercritical power plants, including the 2,400 MW Linkou Power Plant in New Taipei City.
Linkou Power plant adopted a well-thought and methodical approach in 2014 to decommission two 300 MW coal-fired power plants built in the 60s. The plants had been transformed into an ultra-supercritical coal plant, using the most advanced technology that significantly reduces carbon emissions.
Today, Linkou Power plant had installed capacity of 800 MW per unit, producing 2,400MW using ultra-supercritical boiler that achieves an impressive high level of efficiency. These modern facilities now contribute 38 percent of Taiwan’s power requirements.
The Philippines can take the lead from Linkou of Taiwan in producing much-needed power supply. Currently, a supercritical power plant now operates in Quezon, but the country has yet to develop an ultra-supercritical power plant.
The Philippines needs new and modern coal plants.
Industries’ clamor
The Federation of Philippine Industries is concerned that construction of new power plants are being delayed and called the DOE, as well as other industry players and stakeholders to fast-track the next round of biddings for the much-needed greenfield baseload capacity.
“We hope both the public and private sector can already speed up their processes and start with the next round of CSP [competitive selection process] bidding so as to fast-track the construction of much-needed power plants, to meet the growing power demand of the country,” said FPI chairman Jesus Arranza.
FPI, according to Arranza, is alarmed of the recurring yellow alerts despite the cooler months of October and November. The Luzon grid experienced yellow alerts for three consecutive days during the last two months, bringing the total number of yellow alerts to almost 50 for the year 2019. There were also 14 days of red alerts this year with rotational brownouts, more than the total in the last five years.
“The group believes it has never been more obvious that the Philippines’ growing demand for power requires additional capacity to the grid,” Arranza said.
The FPI president said that the new power plants should not compete with the older plants. He said that currently, the priority is securing an oversupply in power generation, to address the constant yellow and red alerts plaguing our nation.
He said new plants are crucial to system reliability, citing that under the 20-year term of PSA, brownfield plants that have been in operation for several years are less likely to remain reliable and ensure delivery for the entire term, which will gravely affect consumers.
Greenfield plants, on the other hand, are the country’s best option to help ensure long-term, reliable power supply to the grid, at best cost, which will directly benefit customers, he said.
“Our group supports and encourages the development of more greenfield power plants to address future demand and avert a power supply shortage,” Arranza said.
The 10 largest coal producers and exporters in Indonesia:
Click Here! Top Clean Coal Contractors for Power Plant, Gasification, Liquefaction and Emission Control System
Source: Manila Standard