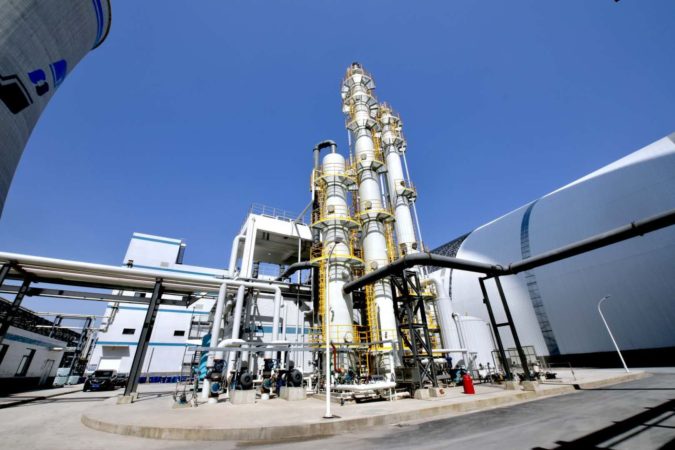 Pulverised coal power plants account for about 97% of the world's coal-fired capacity. The conventional types of this technology have an efficiency of around 35%. For a higher efficiency of the technology supercritical and ultra-supercritical coal-fired technologies have been developed. These technologies can combust pulverised coal and produce steam at higher temperatures and under a higher pressure, so that an efficiency level of 45% can be reached (ultra-supercritical plants). Supercritical power plants have become the system of choice in most industrialised countries, while ultra-supercritical plant technology is still in the process of demonstration. Supercritical and ultra-supercritical plants are more expensive (because of the higher requirements to the steel needed to stand the higher pressure and temperature) but the higher efficiency results in cost savings during the technical lifetime of the plants. The emissions of CO2 per MWh delivered to the grid could reduce from 830 kg to 730 kg.
Introduction:
Producing electricity in coal power plants can take place in a number of ways with varying degrees of efficiency. In conventional coal-fired plants coal is first pulverised into a fine powder and then combusted at temperatures of between 1300 and 1700 C. This process heats water in tubes in the boiler so that it becomes steam at a pressure of around 180 bar and a temperature of 540oC. This steam is passed into a turbine to produce electricity (see Figure 1). Pulverised coal power plants account for about 97% of the world's coal-fired capacity (IEA 2008, p. 225). The average net efficiency (energy produced minus energy used within the plant) is around 35%, which means that 35% of the energy in one unit of coal is transferred into electricity. Pulverised coal power plants can have a size of up to 1000 MW and are commercially available worldwide.

The final decision of the CDM EB, which took the shape of approving a supercritical coal-plant methodology for baselines and monitoring (approved consolidated methodology 13 – ACM0013), is directed to greenfield fossil fuel plants (e.g. new plants, no retrofits of existing plants), and could thus also include natural gas-fired plants. However, in order to limit the applicability of the methodology and the scope for these projects, it was decided that the methodology can only be applied in those countries which generate more than half of the electricity using coal or natural gas. In practice, this limits this type of projects to China, India, and South Africa.
Moreover, within these countries the number of projects is also limited since the baseline for the GHG emissions in the absence of a CDM coal-fired plant (or gas) project must be determined using the data of the 15% most efficient coal-based (or gas-based) power plants. Therefore, if 15% of the most efficient coal-based power plants are CDM projects, then a new CDM coal-based power plant can only generate credits if it increases its efficiency even further so that it can reduce GHG emissions below the benchmark or baseline.
Financial requirements and costs:
It is difficult to determine a general cost figure for a supercritical power plant because of the high number of variables involved: location of the plant, domestic fabrication or import of components, construction time, separation of cost and price, environmental protection measures taken as part of the plant, etc. A study by IEA Coal Research, in collaboration with Sydkraft Konsult and the US Department of Energy, modelled the competitiveness of various coal-based power generation systems (Scott and Nilsson, 1999). All inputs to the model were selected to form a common set of ‘base assumptions’ on matters ranging from costs of finance to steam conditions to coal type and price. The outputs allow a range of clean coal technologies to be compared.
The report concluded that SPF plant costs are comparable with subcritical PF boiler technology. However, overall economics are more favourable because of the increase in cycle efficiency. In a typical case, fuel costs account for 60-80% of the total operating cost of a PF power plant. In the example above, an increase in cycle efficiency from 38% to 46% would result in an annual coal saving of 300,000 tonnes (17%). At a nominal coal cost of € 45/t, this would represent a saving of around € 15 million per year. This saving can more than offset the slightly higher capital cost of SPF technology.
Economic performance is also influenced by other factors, such as plant availability, flexibility of operation and auxiliary power consumption. Its operational flexibility makes SPF more favourable than subcritical PF plants. The SPF boiler design is inherently more flexible than drum designs due to fewer thick section components, which allows increased load change rates. Typical average availability is 85%, but with appropriate design and materials, a plant availability of over 90% is achievable. Therefore, SPF boilers would improve plant efficiency, so that fuel cost savings and lower emissions for each kWh of electricity can be generated.
Finally, the diagram below shows the investment, operation and maintenance costs, and fuel costs of coal-fired power plants in comparison to natural gas-fired plants. The diagram shows, a.o., that coal plants are relatively capital intensive, but less sensitive to fuel costs than natural gas-based plants (IEA, 2008).
The 10 largest coal producers and exporters in Indonesia:
Click Here! Top Clean Coal Contractors for Power Plant, Gasification, Liquefaction and Emission Control System
Source: climate tech wiki