by Rudy P. SysAdmin at howtofindthemoney
MoRTH recently issued a notification proposing to amend and Central Motor Vehicles Rules, 1989, and include standards for safety evaluation of vehicles that use hydrogen fuel cell technology.
The Indian government has been aggressively pushing for cleaner mobility since the last few years. With schemes like FAME ( faster adoption and manufacturing of (hybrid) and electric vehicles), FAME II, and several other tax benefits, including reduced GST, the government has made electric vehicles (EVs) more relevant than ever. And of course, increasing use of CNG fuel is contributing towards reducing the environmental pollution. But that's not all, for the government is also open to accepting other cleaner mobility options, like hydrogen fuel cells. In fact, the Ministry of Road Transport and Highways recently issued a notification proposing to amend and Central Motor Vehicles Rules, 1989, and include standards for safety evaluation of vehicles that use hydrogen fuel cell technology. This move from the authorities is not surprising given that MoRTH has been fairly open to cleaner fuel options other than electric mobility. Minister Nitin Gadkari himself has several timed advocated the use of biofuels and ethanol instead of conventional fossil fuels.
The latest notification issued by MoRTH proposed to hydrogen-powered vehicles to be in accordance with AIS (Automotive Industry Standards) 157:2020 till the time corresponding BIS (Bureau of Indian Standard Act) specification is not notified. Furthermore, the hydrogen fuel specification for fuel cell electric vehicles shall also be as per ISO 14687 standards till the corresponding BIS is notified. This means, that MoRTH has asked for concerned authorities to formulate safety standards against which hydrogen fuel cell vehicles in the country will be evaluated. The authorities will also have to come up with fuel cell specifications and standards an automobile maker must comply with when introducing vehicles that are powered by compressed gaseous hydrogen. Once finalized, these standards will be included in the Central Motor Vehicles Rules. The Ministry has also invited suggestions and comments from all stakeholders including the general public on the proposed amendment.
In case you didn't know, a hydrogen-powered vehicle runs on electricity generated by onboard hydrogen fuel cells. Fuel cell EVs are fueled with hydrogen, which is then used by fuel cells to generate electricity. The biggest advantage of hydrogen FCEVs is that the tailpipe emissions are water vapours and heat. Another advantage of FCEVs over regular electric vehicles is that they can be completely fueled with hydrogen in around five minutes while most EVs, even when using DC fast charging, take around 30 to 40 minutes for 80 per cent charge. However, scientists have been debating over the efficiency of fuel cells, especially when compared to electric vehicles wherein almost 90 per cent of the energy stored in the battery is used in propelling the vehicle. 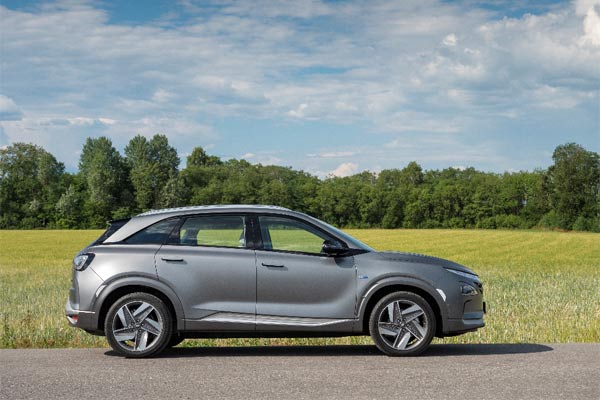 Hyundai Nexo FCEV
There are no hydrogen-powered cars in India but Hyundai has been exploring the possibility of introducing a fuel cell electric vehicle here. For this, Hyundai announced 'Progress for Humanity with Zero Emission Mobility' program under which it will study the feasibility of fuel cell EVs in our country. Currently, the only FCEV in Hyundai's global portfolio is Nexo, which makes use of a 95 kW hydrogen fuel-cell stack to generate 161 bhp, 395 Nm of peak torque, and offers a riding range of about 666 km.
The 10 largest coal producers and exporters in Indonesia:
Click Here! Top Clean Coal Contractors for Power Plant, Gasification, Liquefaction and Emission Control System
Source: Times Now News