by Rudy P. SysAdmin at howtofindthemoney
Sharp slump in new ­investment in wind and solar farms will continue unless a price is put on carbon or the Renewable Energy Target is extended beyond next year, the Clean Energy Council warns.
CEC chief executive Kane Thornton said ­investment in ­renewable energy had dropped by 60 per cent in the past year and declines would continue without government intervention. He said this would put pressure on power prices and ­reliability as coal generators aged.
The comments ignited a ­debate about whether renewable energy was the cheapest form of power, as advocates including Anthony Albanese and Malcolm Turnbull claim.
Energy Minister Angus Taylor said large-scale renewables ­projects would not receive any further government support. “The clean energy industry has assured us that the cost of renewables is now competitive with alternatives so we would expect investment to continue in the ­absence of subsidies,” he said. 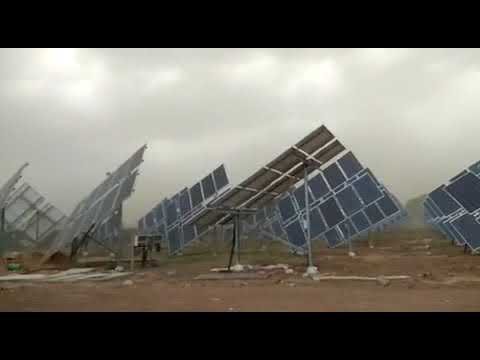 “An industry that is now ­competitive shouldn’t require ­additional subsidies, Mr Taylor said. Nearly 70 per cent of Aus­tralia’s electricity was generated from coal-fired power this year, compared with 22.6 per cent from renewables.
The RET will result in 33,000GWh of power being derived from renewable power generation next year and the subsidies will continue until 2030 but only for plants constructed by 2020.
The scheme operates by allowing large renewable power ­stations, such as wind farms, to create renewable energy certificates for every megawatt hour of power they generate. The certificates are bought by electricity ­retailers who sell the electricity to householders and businesses.
Mr Thornton said the industry was not asking for subsidies, despite his call for an extension of the RET. “The RET could actually be extended in a way that provides that certainty,” he said. “The market will decide whether there is in fact a subsidy delivered or not.
“(In one project), the renewable energy certificates that were delivered were worth zero. So that project was essentially getting no subsidy but was getting certainty from the target.”
The fall in investment from renewables, also shown in a report released this month by the Clean Energy Regulator, comes amid continuing tight supply in parts of the electricity market during ­periods of high demand.
The Australian Energy Regulator launched an investigation on Friday after South Australia’s wholesale spot electricity price hit the market price cap of $14,700 a megawatt hour twice on Thursday night, amid a severe heatwave.
With the Morrison government moving to fund a feasibility study into a coal-fired power station in central Queensland, the Opposition Leader this week declared a new coal plant was not needed because “renewables are cheaper than fossil fuels”.
“Markets will determine what the economics are of projects,” he said. “And the economics of projects are showing that renewables are cheaper than fossil fuels and that change has occurred over a period of time. And one would expect that would continue.”
According to a draft report on the energy market released by the CSIRO this month, electricity generated from new renewables projects will be cheaper than from coal projects that include carbon-capture storage. It predicts a new wind project with six hours’ storage would generate electricity at between $88-$112/MWh in 2030, dropping to between $82-$108/MWh in 2030 and $71-$102/MWh in 2050. A new solar project with six hours storage will generate power at between $75-$118/MWh falling to $52-$95 by 2050.
A new thermal coal-fired power station that stored its ­carbon emissions would produce electricity at between $148-$200/MWh in 2020 and $137-$202/MWh in 2050.
However, the projections show new gas and coal projects without carbon-capture storage will be cost competitive with renewables.
A new coal-fired power station is expected to produce electricity for between $83-$112 in 2020, with the price reducing slightly by 2050.
Electricity from a new gas power plant would produce power at between $67-$117.
Grattan Institute director Tony Wood said new coal-fired power stations without carbon capture storage would have trouble receiving finance because of concerns they would be forced to close if emissions targets became more ambitious. He said the RET had helped renewable energy become competitive and he doubted major clean energy projects would come online under the Morrison government’s policy settings.
The 10 largest coal producers and exporters in Indonesia:
Click Here! Top Clean Coal Contractors for Power Plant, Gasification, Liquefaction and Emission Control System
Source: The Australian