Investment in Wind & Solar Energy is Slowing Down as Subsidies Subside

by Rudy P. SysAdmin at howtofindthemoney
In the absence of endless subsidies, the wind and solar ‘industries’ would disappear in a heartbeat, which is precisely how things are panning out for renewable rent seekers in Australia.
The idea that there is a natural market for electricity that can’t be delivered as and when it’s needed, is pure nonsense: hence the massive subsidies.
Now that the mandated annual target set by the Federal Large-Scale RET has been met in substance, no new subsidies will be available from here on.
To avoid punitive financial penalties under the LRET, retailers need only purchase and acquit sufficient Renewable Energy Certificates (aka ‘LGCs’) to satisfy the 33,000 GWh annual target set for 2020, an annual target which runs until 2030. 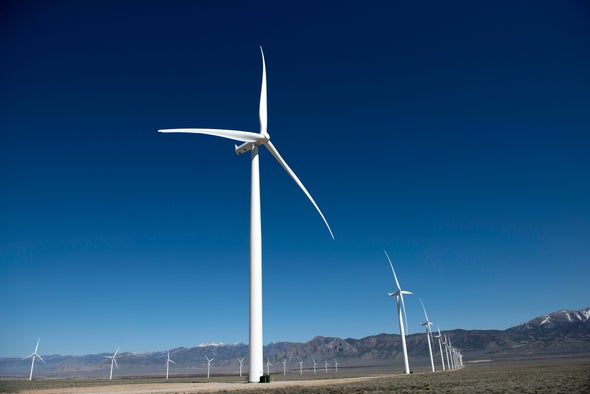 With most retailers already signed up to long-term Power Purchase Agreements to secure the required RECs, and the wind and solar outfits on the other side of the ‘bargain’ having built (or committed to build) the capacity needed to deliver those RECs under their PPAs, the market for additional RECs has, in effect, closed.
The result being no new subsidies for wind or large-scale solar; and the result of that, is a total collapse in investment in and construction of new wind farms and large-scale solar.
JoNova takes a look at the rent seeker carnage below.
Bubble pops: Australian renewables investment down 80% as RET subsidy ends
After billions of dollars of “gifts” to the renewables industry, and a doubling of the wholesale electricity price, wind and solar power are still so inefficient and uneconomic that investors can’t make a profit without getting more free money. After the wild bonanza of the last two years the RET scheme has completed the large scale targets that were set so long ago, and that’s it, ppft.
What was 4,300 MW of new projects per quarter is now just 800MW: 83% less
From the Clean Energy Council
After a record breaking two years of investment in large-scale wind and solar projects, the pace of projects reaching financial close has slowed dramatically over the past two quarters. The Clean Energy Regulator announced this month that the large-scale 2020 Renewable Energy Target (RET) has now been met. What happens next is unclear.
Quarterly investment commitments in new renewable energy projects reached a high of over 4500 MW in late 2018, but has since collapsed to less than 800MW in each of the first two quarters of 2019.
All bad things are associated with Tony Abbott
This was the first line in the Clean Energy Council announcement:
New investment in renewable energy projects such as solar and wind farms has plunged to levels not seen since Tony Abbott was Prime Minister…
And it’s probably still his fault, somehow.
Unprecedented subsidy brings unprecedented investment
The 2020 large-scale RET was a highly successful policy which drove unprecedented levels of investment in new utility-scale generation over the past two years. Some 15,700 MW of new capacity has been financially committed over the past two years, with that generation either under construction or recently commissioned. This new generation was predominantly in the form of wind and solar, which has been supported more recently by investment in energy storage. With the absence of policy certainty beyond the 2020 RET and a range of regulatory barriers to overcome, investment commitments in new generation have fallen dramatically this year
Financial close is a leading indicator for the level of new generation likely to come online in the future, noting a construction lag of between 6-24 months between financial close and full commissioning. As illustrated in Figure 2 below, the level of new investment committed in the first half of 2019 has fallen to 2016 levels, when then-Prime Minister Tony Abbott attempted to remove the RET and froze the industry during a lengthy review period. And with the rate of new investment now slowing, the forward outlook for wholesale energy prices has started to rise again.
The RET is more a forced payment — money is taken from consumers, secretly snuck out of their electricity bills — and gifted to the renewables industry.
It’s been relentlessly rising for nearly 20 years. Despite that, the unreliables industry never stopped asking for “certainty”.
The 10 largest coal producers and exporters in Indonesia:
Click Here! Top Clean Coal Contractors for Power Plant, Gasification, Liquefaction and Emission Control System
Source: Stop These Things