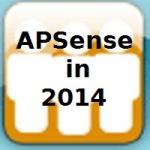 I recommend that you bookmark the link to this RevPage. Changes are coming to APSense in 2014, and I will update the RevPage to show these changes. Recommended Features Learn more about APSense in 2014»

Can you believe it? APSense has been around since 2007. How time flies.

There have been many other business social networks that came then disappeared. APSense is still here.

What makes APSense stand out is that it's not built on a cheap script you can buy anywhere. APSense is custom made. It has evolved a lot over the years by adding new features.

If you are an action taker, APSense will become THE place to be for you.

Just to let you know, I am not the owner of APSense, nor am I an admin. I just happen to be a regular member like you, with a lot of enthusiasm for everything APSense has to offer.

I invite you to bookmark this page as I will update it whenever new changes appear at APSense.

Meanwhile, if you are a new member, or you are not familiar with some of the numerous features of APSense, you can click on the link below to see the video tutorials I created about APSense.