by Rudy P. SysAdmin at howtofindthemoney
Which is it? Is the coal industry on the ropes or is it roaring back? The answer: It’s complicated.
Perspective is required to understand where the coal industry stands.
While it might seem like distant history, the effects of the prior administration’s anti-coal regulatory spree persist. From 2011 to 2016, coal industry employment fell 40%. More than 62,000 miners lost their jobs in a five-year period. The current administration’s regulatory reset largely has stopped the bleeding. In fact, at the end of 2018, industry employment increased slightly.
That is not to say industry’s prospects are glowing; but halting tens of thousands of job losses per year is a noteworthy achievement. 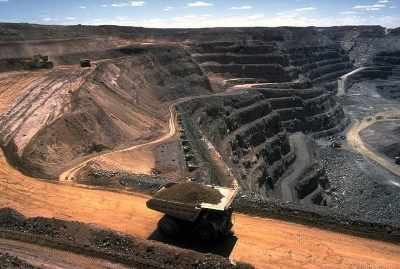 The near halving of the coal mining workforce was the direct and deliberate result of bad public policy choices that picked winners and losers — not simply the market, as some would like you to believe. Look at the 2012 Mercury and Air Toxics Standards. While the Environmental Protection Agency predicted the MATS rule would result in less than 5 gigawatts of coal plant retirements, the actual result turned out to be significantly more.
Despite the fact the Supreme Court ultimately found that EPA adopted MATS without appropriate cost consideration, the ruling came after the deadline for compliance, leaving many plant operators with no choice but to shut down coal-fueled plants.
A Duke University study found the MATS rules threatened the economic viability of 56% of the coal fleet; without MATS, only 9% of the fleet was threatened by low natural gas prices. This is what damaging regulation can do.
Compare that to the action under the current administration. In 2017, the Trump administration, with the help of Congress, overturned the Stream Rule, which threatened another third of the coal industry’s jobs. The current administration also repealed and replaced the Clean Power Plan, which would have driven much of the existing coal fleet off the grid. Either one of these rules could have been a near fatal blow on the heels of the near halving of the industry under the prior administration.
While the current administration has worked to pick the foot of government off the chest of coal country, the damage done was never going to be repaired easily. Tearing down is far easier than rebuilding.
Exports have been a bright spot in what remains a challenging period. Coal exports were up 30% last year, and were up 60% the year prior, and while those remarkable gains are tempered this year, U.S. coal continues to play an essential role in meeting rising energy demand and fueling industrialization overseas.
World energy demand is forecast to grow 50% by 2050. Coal remains the world’s leading fuel for electricity generation. American coal can help supply those energy needs and provide vital inputs for producing the steel required for growing cities and an expanding global middle class.
Here at home, challenges remain for coal. The repercussions of those challenges affect not just miners and the coal industry but energy consumers as well.
Essential coal plants continue to close, pushed into early retirement by a gamed marketplace, riddled with subsidies that are incapable of properly valuing coal’s contribution to grid reliability and resilience. It’s an alarming trend in need of decisive action.
While utilities, the Department of Energy and even utility regulators have grown increasingly concerned about the loss of fuel-secure coal plants, the accelerating problem has only been met with study. That must change.
There is no precedent to inform the challenge our grid now faces. Just a few years ago, more than 70% of the nation’s power came from fuel-secure plants with weeks, even months, of fuel stored on-site. By the close of this year, it will be only 30%.
Never has the nation relied so heavily on just-in-time fuel delivery, whether from an overstretched natural gas pipeline network or from intermittent renewable sources of power. We are trading sources of power that have long underpinned grid reliability with those that compromise it. While voters continue to tell us they want an all-of-the-above energy strategy that includes coal, natural gas, nuclear power and renewables, they’re getting anything but.
Our balanced mix of energy sources is eroding, with troubling consequences for both grid reliability and electricity affordability. We need affordable, reliable and secure coal power now more than ever. While the Trump administration has done much to stop the devastating job losses caused by the prior administration’s policy assault, regulators and policymakers must act now to correct persisting market distortions.
The 10 largest coal producers and exporters in Indonesia:
Click Here! Top Clean Coal Contractors for Power Plant, Gasification, Liquefaction and Emission Control System
Source: Rich Nolan - President and CEO of the National Mining Association