by Rudy P. SysAdmin at howtofindthemoney
“Governments should temporarily provide funding for new energy technologies so that they can become market competitive with traditional energy resources.” So the Global Energy Network Institute and other renewable energy advocates have been saying for decades. Taxpayers have been assured such subsidies would be “temporary,” just to “level the playing field” until the renewable industry is big enough to compete. When might that be?
The solar energy association says the U.S. industry has grown by more than 10,000 percent since solar tax credits began fifteen years ago, with an average annual growth of 52% over the last decade. Installations doubled in one year, with the industry now in all 50 states and a record 25 billion watts of new solar installations on order. 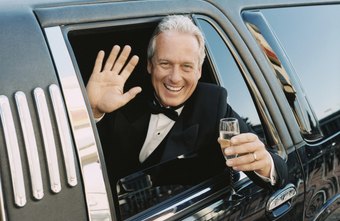 Congress and the industry agreed that this would be the result of “temporary” subsidies. Thus, the Solar Investment Tax Credit was created in 2005, to jump-start the emerging industry, with an agreement to wind it down in ten years when the industry was competitive. Predictably, in 2015 the industry said it needed just a little more time, so Congress agreed to a “temporary” extension. The agreement was for a 30 percent credit for residential and commercial solar systems installed before 2020. That amount would then ratchet down each year, phasing out by 2022. That was the deal, but sure enough, solar lobbyists are back before the first click of the ratchet, pressing Congress for another “temporary” renewal.
A package of “tax extenders” is one of the items Congress must pass before adjourning, but if such legislation includes another extension of the solar subsidy, who will benefit? Not you.
Clean energy’s dirty secret is that such subsidies benefit the wealthy. First, most of the tax credits actually go to the companies that finance the expensive installations, including investment bankers, hedge fund operators, and the solar companies themselves. Second, very few landlords invest in energy improvements at investment properties, because tenants normally pay utilities. That leaves wealthy property owners as the main buyers, since residential systems range from $18,000 to $100,000. Poor people do not buy them. In fact, Vox.com, a liberal media outlet, studied tax return data and called this a regressive tax, because the top 40 percent of income earners have received about 90 percent of the tax credits.
No wonder the green industry’s favorite celebrity billionaires support green subsidies.
Richard Branson famously committed to spending $3 billion to wean companies like his from fossil fuels. He has spent only a small fraction of that amount, not on solar, but on corn ethanol and other biofuel projects, while admitting that a miracle fuel “hasn’t been invented yet.” Instead, he spent fortunes launching new airlines, including Virgin America, Virgin Australia, and Little Red, which increased his collective companies’ greenhouse gas emissions by 40 percent, according to one analyst.
Bill Gates also makes speeches about climate change and renewable energy, though his own foundation has billions invested in oil companies like BP and ExxonMobil. In op-eds, interviews, and annual newsletters, Gates advocates massive increases in government spending on renewable research and development, which he could underwrite himself. He has invested in nuclear reactors, prototype machines to vacuum carbon out of the atmosphere, and schemes to block the sun, but he wants the taxpayers to invest in solar and wind research.
Michael Bloomberg has invested billions in natural gas, openly advocating expansion through fracking and exporting. He set up Willett Advisors, a firm that specializes in oil and gas investments, especially his, then committed over $500 million to the Sierra Club’s campaign to kill his major competitor, the coal industry. He brags that the “Beyond Coal” campaign (which he funded) has closed more than half the nation’s coal plants, 289 out of 530. He wants all the rest closed within ten years. Thousands will lose their jobs; he will make billions. That is not “leveling the playing field,” it is nuclear winter.
Rich people are entitled to do whatever they want with the money they earned. They are not entitled to subsidies from taxpayers. Nor do their companies – solar, wind, gas or any other – need continued subsidies to be more “competitive.”
The 10 largest coal producers and exporters in Indonesia:
Click Here! Top Clean Coal Contractors for Power Plant, Gasification, Liquefaction and Emission Control System
Source: Heartland