by Rudy P. SysAdmin at howtofindthemoney
Aerion Supersonic is partnering with Canada-based clean energy company Carbon Engineering (CE) to evaluate the potential use of a sustainable synthetic jet fuel produced from carbon dioxide (CO2) for the AS2 supersonic business jet.
Aerion already plans to use alternate fuels as part of its sustainable operating goals for the AS2, which it says will be the world’s first carbon neutral Mach 1-plus commercial aircraft when it enters service early in the second half of the decade.
However, the agreement with CE has the potential to take this effort further through the energy company’s direct air capture (DAC) process, which produces jet fuel from CO2 taken out of the atmosphere. CE is also developing a process to permanently remove CO2 from the atmosphere through geological sequestration.
CE initially began removing CO2 from the atmosphere in 2015 and started to make synthetic fuels in 2017 through a process called Air-to-fuel (A2F). Under this, CO2 from the atmosphere is combined with hydrogen which is extracted from water through electrolysis. The process is powered by renewable electricity and generates oxygen as a byproduct. 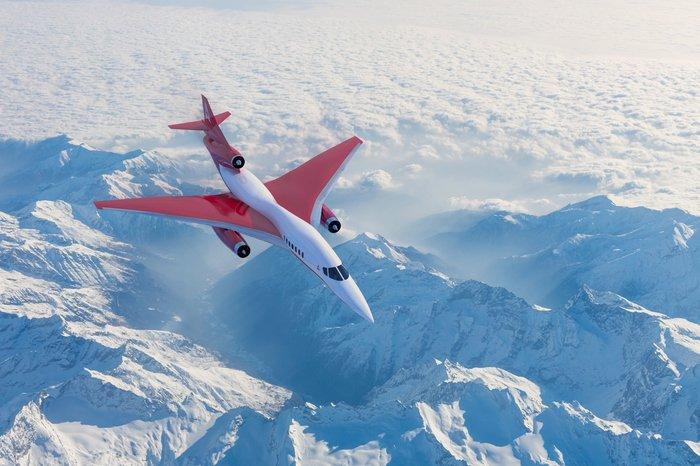 Under the agreement Aerion and CE will assess fuel requirements for the AS2’s non-afterburning General Electric-developed Affinity engines using 100% synthetic fuel. The Squamish, British Columbia-based fuel innovator will also explore a potential collaborative project with Aerion to build an A2F production facility specially for the AS2 program. As a possible extension of the carbon offset principle, the companies will also evaluate schemes by which CE could permanently remove CO2 from the atmosphere on behalf of Aerion and AS2 operators.
Steve Oldham, CEO of CE, says DAC “technology captures yesterday’s emitted CO2 and converts it into fuel. When used in any vehicle, the carbon is returned to the atmosphere as CO2, however, the process then captures it again to make more fuel. So, we continually re-use existing CO2, and little or no new carbon emissions are created. This provides a way to decarbonize sectors of transportation that are difficult to electrify and that require the high energy density of liquid fuels, such as aviation or shipping.”
Compared to conventional jet fuel, which has a carbon intensity on average of just under 90g CO2/MJ (megajoule), CE estimates that synthetic A2F fuel made from atmospheric CO2 using a largely electrified process will be measured at around 10g CO2/MJ.
Since developing a pilot DAC facility in 2015 and adding fuel synthesis capability two years later, CE has set its sights on scaling up operations to industrial levels. The company has partnered with Oxy Low Carbon Ventures, a subsidiary of Occidental, to develop a commercial scale DAC facility in 2021 with the capacity to capture one million tons of CO2 per year.
The Aerion-CE partnership agreement is the latest in an accelerating series of sustainable aviation-fuel related developments.
Supersonic aircraft developer Boom is working with California-based Prometheus Fuels on a carbon-neutral fuel for its Overture airliner which is also produced using a carbon-capture process. Prometheus received a boost in June when the U.S. startup received an investment from the venture-capital arm of carmaker BMW.
Carbon recycler LanzaTech has also launched a sustainable aviation fuel spinoff, LanzaJet, with $25 million in backing from Canadian and Japanese investors and plans to begin production in early 2022 at a U.S. demonstration plant to be constructed in Soperton, Georgia.
The 10 largest coal producers and exporters in Indonesia:
Click Here! Top Clean Coal Contractors for Power Plant, Gasification, Liquefaction and Emission Control System
Source: Aviation Week