Australia’s First Coal to Hydrogen Pilot Plant Has Been Completed

by Rudy P. SysAdmin at howtofindthemoney
The delivery of a hydrogen refining plant to AGL’s Loy Yang facility in Victoria Latrobe Valley, Australia, has been completed by CO2CRC.
The pilot plant has been designed to produce hydrogen from synthetic gas produced by coal gasification and will be the first of its kind in Australia.
When operational, the pilot will process up to two tonnes of raw coal to produce up to 84kg of 99.999% purity hydrogen each day.
“This project will deliver Australia’s first coal to hydrogen pilot plant,” said David Byers, CEO of CO2CRC. 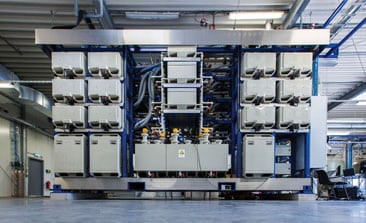 “If the project proceeds to the commercial phase, it promises a ‘clean hydrogen’ use for the Latrobe Valley’s vast coal reserves.”
“CO2CRC is delighted to be playing a part in a project which aims to create a new hydrogen export industry for Australia.”
The plant will be used as part of the pilot phase of the Hydrogen Energy Supply Chain (HESC) project – a world first trial to establish the feasibility of supplying clean hydrogen for export from Victoria’s Latrobe Valley’s brown coal.
The hydrogen produced will be liquefied in the Port of Hastings and transported to Kobe, Japan, in a custom-made hydrogen carrier.
The pilot phase of the HESC project, which was initiated by Japanese company, KHI, and back by the Victorian, Australian and Japanese governments, is now under construction in the Latrobe Valley.
The 10 largest coal producers and exporters in Indonesia:
Click Here! Top Clean Coal Contractors for Power Plant, Gasification, Liquefaction and Emission Control System
Source: H2 View