70 Percent of China’s Methanol Is Produced From Coal

by Rudy P. SysAdmin at howtofindthemoney
Last year, Germany celebrated an energy milestone —the entire country was lit up only by renewable power. Wind power was feeding 85% of the consumption and hydel and biomass power feeding up the rest. And the country was still left with the power to export its neighbors.
India is sitting on plenty of coal reserves that is second largest in the world but finds it difficult to use. The reason behind this is the high ash content in domestic coal which makes it unsuitable for power generation. Eventually, India had to feed on imported fuel for its coal based plants, which account for over half of the electricity generation in the country.
But technology can soon change the perceptions around the coal and it could help meet energy needs without polluting the environment and even cut the dependency on crude.
How it works?
Coal gasification is a technology that can produce methanol that is high-octane fuel and can burn far cleaner than other fossil fuels. Petrol and diesel can be spiked with methanol about 15 percent and can be used by the transport sector. Because of its high oxygen content, methanol can boost fuel efficiency by as much as 25 percent.
Earlier in 1980s India began some experiments around coal gasification but did not meet commercial success. But China saw its potential and went ahead. 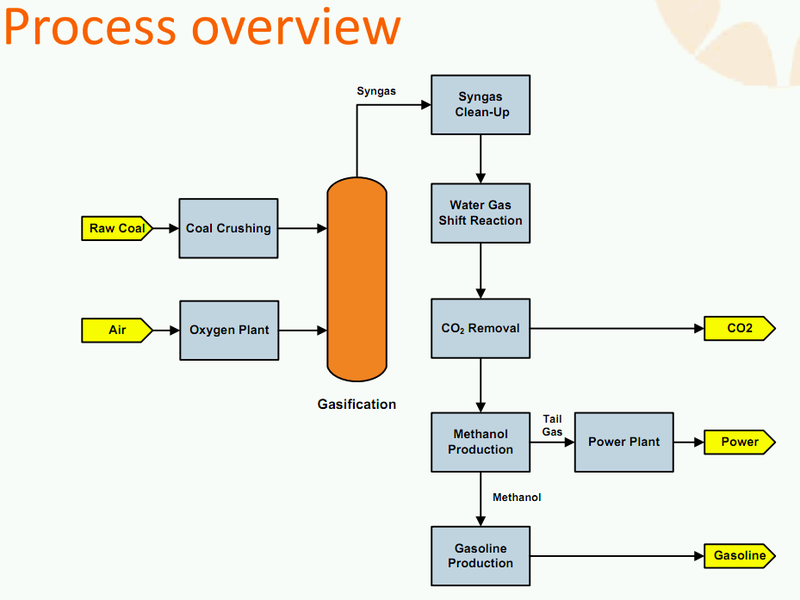 In a NITI Aayog Report presented in 2016 by former Defense Research and Development Organization (DRDO) chief VK Saraswat ‘Leapfrog to Methanol Economy’ pointed out that China blended 21 million tones of methanol with petrol when India had not even started using it as a transportation fuel. 70 percent of China’s methanol is produced from coal.
NITI Aayog has been pushing for methanol, recommending 15 percent mix in petrol. India mandated blending ethanol in 2008, the target was 20 percent and only 2.2 percent was achieved by the end of 2018.
According to government 15 percent blending of methanol by 2022 could result in saving around UDS8 billion. Former chairman of CIL told that state controlled Coal India Limited (CIL) plans to set up a coal gasification plant soon. It is estimated that 1,600 tons per day methanol plant will require INR 1, 200 crores and would produce methanol at INR17-INR19 per liter.
India needs to diversify the energy basket and coal-based methanol is an idea waiting to be grabbed, as China has shown. It is time that India woke up to its potential
The 10 largest coal producers and exporters in Indonesia:
Click Here! Top Clean Coal Contractors for Power Plant, Gasification, Liquefaction and Emission Control System