Children are the life and blood of a family’s structure! They are the driving force behind the parents giving their all to keep the unit running. Children are the hope for future and the mutual ties between the two generations are determined by the Parent-Child relationship compatibility, as per astrology. But before you go in that direction, you must understand that the nature of parent, co-parent and the child forms the core of this relationship dynamics. Children have their inherent nature, designed by their childhood environment, parental influence and their own personality traits, which are, in turn, determined by their astrological chart. Similarly, parents, who were children once, have inherited their own parents’, grandparents’ traits through genes or conditioning. So, sometimes, these behavioural patterns may collide and sometimes connect, depending upon what the parent and child relationship according to birth chart is. 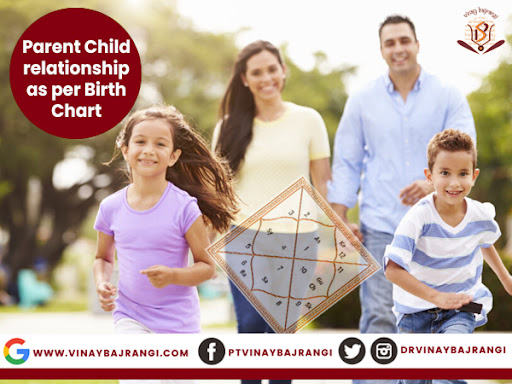 \In today’s ever-changing parent-child dynamics, it is seen that children, more often than not, dictate the terms of relationship to the parents, who are considered more as friends in these modern times. There is a clear imbalance between the relationship between a parent and a child, which often leads to conflicts with dangerous consequences. As the number of old parents found living in old-age homes rises, it is, therefore, time to take a look at Parent-Child relationship compatibility and find out how to nurture this beautiful relationship so that children continue to be a source of joy and happiness for their parents, right into the old age.

The mother and child relationship according to birth chart is dependent upon the auspicious effects of the 4th house, 4th quarter and moon. If such an arrangement is in place, the said child treats his mother with affection and respect. Astrologers speak of 5 Yogas which indicate a good relationship between mother and child. These are – 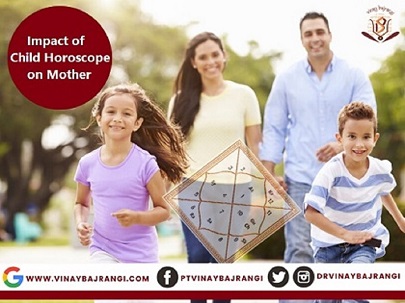 1)      A native feels respect and intimacy for the mother if the ‘Chaturthasht’ is placed in the centre or triangle of Lagna with Lagna, in the company of auspicious planets.

2)      The presence of auspicious effect in the 4th house ensures that the child has the blessings of his mother.

3)      Any sort of relationship between Mars and Jupiter indicates that the mother-child relationship would be beneficial to both sides.

4)      In case of a visionary relationship between auspicious planets and Lagnesh-Chaturthesh, the child respects his mother.

Just like the mother and child relationship according to birth chart, relationship between a father and child is also subject to the various astrological combinations or Yogas in your birth-chart. Keep an eye out for the following arrangements in order to know what kind of relationship would exist between you and your progeny -

1)      The shadow of Saturn on the Sun is detrimental to the happiness of father. In case there is a combination of Sun with Saturn, the child may be worried because of a conflicting relationship with the father, leading to long-term difference of opinion or it may also cause a serious illness to the father.

2)      There is an increased chance of having a difference of opinion with your father if the Sun is situated from Janam to the second, Dwadash, or Moon in the 7th or 8th house in your horoscope.

3)      A child is prone to oppose the parents and give up on the traditions of his family if in his horoscope, the Madhyesh, Navamastha and Chaturthesh are either inferior or dead.

4)      The child remains obedient & respectful to the father if in the latter’s horoscope, the father’s crescent is in the Sun triangle in the 5th house.

Despite all the differences, conflict and arguments, a parent-child relationship remain sacred and pure. Ultimately, it is the personalities of parents and children that possess the key to a happy relationship. According to the Zodiac studies, there are certain parent-child Moon sign combinations that are more compatible than others. These zodiac signs complement each other and enjoy a fruitful relationship over the years. These are -

Being a parent is a learning experience that teaches you new lessons every day. If you need a helping hand to help you navigate the complex gamut of relationship with your child, and know more about Parent-Child relationship compatibility, you can consult Dr. Vinay Bajrangi, India’s top astrologer, whose personal horoscope readings are known to allay all the doubts and fears related to your astrological birth-chart.