Reliance Industries Limited CEO: We Can Use CO2 as a Raw Material

by Rudy P. SysAdmin at howtofindthemoney
Mukesh Ambani, Chairman and Managing Director of Reliance Industries Limited (RIL), has said that instead of treating carbon dioxide (CO2) as a liability, one can use it as a raw material.
Ambani made these remarks at the FII Investment Institute Conference on "Don''t Forget Our Planet" on Thursday.
The other participants in the conference included Prince Abdulaziiz bin Salman al-Saud, Minister of Energy, Kingdom of Saudi Arabia, and Patrick Pauyanne, CEO, Total and Tanya Beckett, as the moderator.
Ambani stressed on completing the carbon cycle. "I think that, where we are, if we take a clean sheet of paper and adopt technologies whereby we can complete the energy cycle, we can adopt new technologies, particularly biochemical photosynthesis. Instead of treating carbon dioxide as a liability, we can make that a raw material," Ambani said. 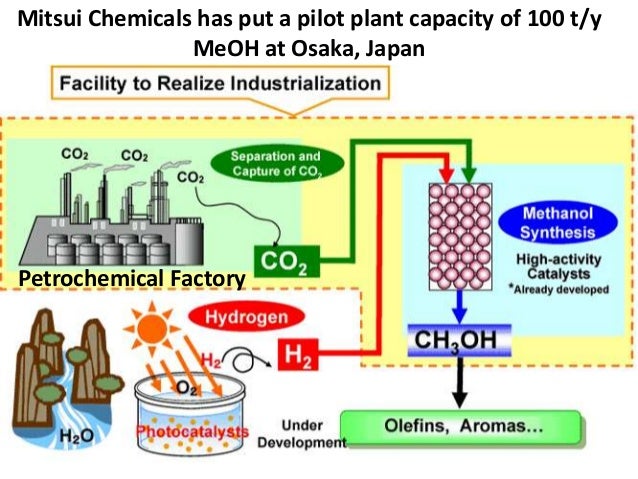 "There are new progresses in chemical roots, in the catalytic roots, whereby we can still complete the carbon cycle," he added.
Ambani said that in the progress that human kind has made between the industrial revolutions, it has disturbed the carbon cycle and now it is time to use technology to reset that balance.
"It''s not only imperative for us to be net carbon zero, but I think that we should opt to recycle carbon. I believe that Mother Nature is the best technology and she teaches us how to recycle," he added.
"We''ve forgotten the carbon cycle; His Highness reminded us about that and I think that Saudi Arabia in the G20 summit has put this on the global agenda. We have to adopt technologies and I think that for us in the energy business, it is not so much about the decarbonisation, but it is really about completing the cycle," Ambani said.
"And I think that renewables, or clean fuels, business is a very simple framework and energy is an essential requirement for all the people on this earth. There is a need to provide efficient, clean and affordable energy. And we have to do it in a responsible way. That''s the business. We should not confuse that between clean and unclean," he said.
"I don''t think that just one solution will fit all. The important thing is to allow energy equally. That means, everybody has to have access to clean energy for their quality of life at an affordable price. And the purpose of industry is prosperity of all the people," Ambani said.
He added that the new supply of energy on affordable basis is the prosperity of the planet. "And only after these two there can be prosperity for the companies and the shareholders. I think in the coming decades, we have no choice but to meet these challenges to complete the carbon cycle and serve the energy needs of all its customers rather than thinking in terms of fossil and renewable and wind and so forth," he said.
"For us, particularly in India, we have high growth, so it is important that one works with the consumer in spreading the awareness," he said.
The RIL CMD said that real touch with the community, understanding the community on the ground level and understanding different sectors of the economy and getting them involved in the energy movement is critical for restoring the carbon cycle.
Ambani believes that synthetic biology is the key to powering a clean planet, according to a report in Forbes. Reliance is moving directly into synthetic biology''s convergence of biology, computing and automation.
"Biology in the next 20-30 years will lead the world," Ambani said recently, as per the Forbes report.
Reliance showcased how its synthetic biology programme, comprising 150+ scientists and researchers, recently developed an "algae to oil" technology that takes carbon dioxide waste from the refinery, and combines it with algae and sunlight to produce bio-crude oil that could one day fuel the carbon-neutral air travel.
Reliance was early to recognise the potential of algae as a sustainable, clean biomanufacturing platform.
"Just as we brew beer from yeast, we can make just about anything from medicines and food to next-generation bioplastics and fuels from algae," the report said.
Reliance is also using advances in gene editing to significantly improve the production capacity of algae. It is spearheading several algae-based projects, including one turning organic waste into kerosene and aviation fuel  a.k.a. "waste to wealth".
By using algae to make bio-crude and other chemicals, it mitigates traditional production techniques that take the carbon of fossil fuels out of the ground and put it into the atmosphere, further contributing to the alarming rise in greenhouse gas emissions, the Forbes report said.
But Reliance''s efforts are about more than supporting a clean environment.
Santanu Dasgupta, who leads the biology R&D at Reliance, said that the new bioeconomy -- driven by synthetic biology-- is a way to uplift India''s economy, much of which is built on agrarian society.
The report said that with agricultural feedstocks as the basis of a new bioeconomy, Dasgupta thinks Reliance can uplift India''s rural communities along with its biotech sector.
Dasgupta has also said that the process of bringing people together across cultural boundaries to explore how synthetic biology can improve people''s lives around the world isn''t going to happen overnight, "but it''s a process that we must start now," the Forbes report said.
The 10 largest coal producers and exporters in Indonesia:
Click Here! Top Clean Coal Contractors for Power Plant, Gasification, Liquefaction and Emission Control System
Source: Outlook India