by TICO pellet machine pellet machine. pellet mill.pellet press. biomass The latest research shows that using wood pellets for home heating fuel reduces greenhouse gas emissions by more than half over fossil fuels and natural gas. This research is conducted by John Gunn from the NH Agricultural Experiment Station at the University of New Hampshire. John Gunn is a research assistant professor of forest management and researcher with the NH Agricultural Experiment Station.
According to Gunn’s research, there are some points as follows:
Wood pellet fuel reduces greenhouse emissions by 59% compared with natural gas, and 54% compared with home heating oil. This data strongly proofs that pellets from sawmill residues have the strongest greenhouse gas emission benefits compared to fossil fuel and natural gas.
As the largest export country of wood pellet fuel. Wood pellet fuel is a hot biomass fuel and has been proposed as a climate-beneficial energy source to replace fossil fuels in the United States. However, little effort has been tried to assess this claim. In forest region of northern Maine, New Hampshire, Vermont, and New York. There lives more than two million people in rural communities, large towns, and small cities. This area is surrounded by the largest intact forest in eastern United States, which is a large potential wood pellet market with adequate sources. 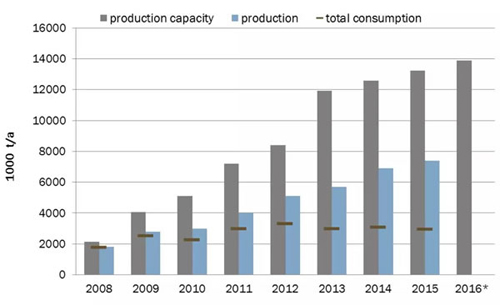 Wood pellet production in the United States started from the northwestern and northeastern regions, supplying regional residential heating markets based on the small-scale production of sawmill residues. These markets have grown year by year. Buying a biomass stove can enjoy an allowance from the federal government, there is a biomass stove tax credit, is a federal incentive to receive a tax credit of $ 300 by December 31, 2016 for the purchase of wood pellet fuel or wood pellet stoves.
With the new Highland Pellets plants put into use in Pine Bluff and Alaska, the US pellet industry has achieved 13.7 Mt of capacity by the end of 2016. Most plants which produce sawdust pellets operating capacity reached 13.2Mt. Sawdust pellet production has shown steady growth since 2004. Since 2005, 16 new pellet plants have been built in the southern United States.
63% of total US production in 2015 was for exports, of which 99% were exported to the EU market. Therefore, the EU is mainly used in the industrial market. The rest of the production share is mainly for the domestic market, while in this market is mainly for residential heating. It is estimated that more than 13 million wood heaters are put into operation in the United States. 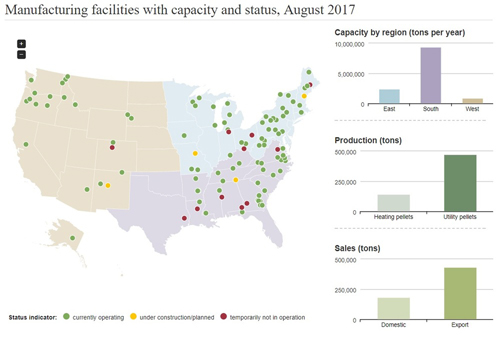 Advantages of wood pellets are summarized below:

Our pellet machine is suitable for small or medium scale use, which suit home or small plants. As winter is already coming, let pellets brings you a warm winter.