Browse Articles  »  Automotive  »  Nikola Had Broken Ground on a Factory for...

by Rudy P. SysAdmin at howtofindthemoney
Nikola Motors announced Thursday that it had broken ground on a factory for hydrogen fuel-cell semi trucks in Coolidge, Arizona.
The 1 million-square-foot, $600 million, factory will be built in phases, according to a Nikola press release. The first phase is scheduled to be completed in 2021, with the second phase due to be completed over the following 12 to 18 months.
When completed, the factory will initially make the Nikola Two and Nikola Tre trucks, and eventually make 35,000 vehicles per year, Nikola said. The Two is aimed at the United States market, while the Tre is aimed at Europe. Both trucks will have up to 1,000 horsepower and 2,000 pound-feet of torque, with a range of 500 miles to 750 miles, Nikola previously said. 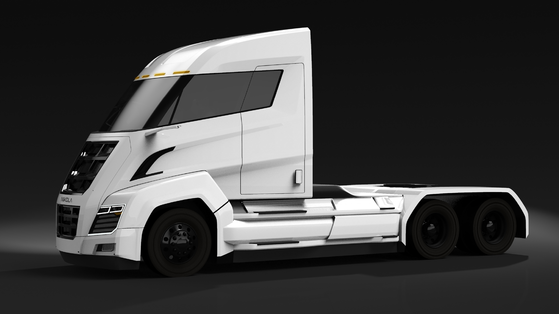 The first Tre trucks will be built in Ulm, Germany, by truck maker IVECO, with production eventually shifting to Arizona.
Nikola has also specified that its fuel-cell/battery-electric Badger pickup will be built by a manufacturing partner, not at the Arizona facility. Scheduled to arrive in 2022, the Badger will primarily rely on battery power, with fuel cells used for longer trips.
The company hopes to form its business model around vertical integration, with the company also building a network of hydrogen stations. The company previously said it was planning 700 stations across the U.S. by 2028.
Nikola recently claimed to be a BEV and fuel-cell leader, and CEO Trevor Milton tries to mention the company together with Tesla (both named after inventor Nikola Tesla). But the key distinction is that Nikola hasn't delivered a single vehicle yet.
They aren't the only zero-emissions vehicle maker setting up shop in Arizona. Lucid Motors is building the factory for production of its Air electric sedan in nearby Casa Grande, Arizona, and will be delivering that model early next year.
The 10 largest coal producers and exporters in Indonesia:
Click Here! Top Clean Coal Contractors for Power Plant, Gasification, Liquefaction and Emission Control System
Source: Green Car Reports