by Rudy P. SysAdmin at howtofindthemoney
In a future where we no longer process and burn up our heavy hydrocarbons like coal, tar, and pitch, could they have new life as sophisticated manufactured goods? Researchers from Massachusetts Institute of Technology have published a new paper in Science Advances describing case studies for new ways to use these complex chemicals.
“In a sense, what the team did is the inverse of traditional processing of fossil fuels, in which the complex mix of hydrocarbons undergoes stage after stage of breaking down chemical bonds and separating out different compounds,” MIT said in a statement. “In this work, the various kinds of heavy hydrocarbon complexes were used just as they are, making use of the wide variety of properties to be found in the different materials.”
To better understand what these scientists are doing, imagine preparing a fruit salad—washing your produce, peeling it or cutting it, and removing any seeds. Then imagine throwing all the fruit into a juicer, peels and all. Both turn out a product you can use, but fruit salad is heterogeneous and highlights the qualities of each kind of ingredient. Juice is easier to prepare, but it’s homogeneous and doesn’t have individual qualities of anything. 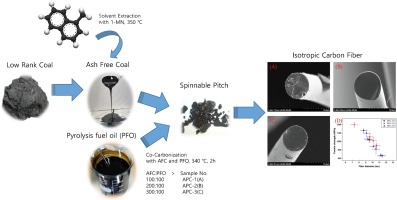 The scientists applied different types of less-refined petroleum materials, including ones that would otherwise be burned as waste or thrown into landfills, in micro-thin layers. Then they used precise laser pulses to anneal fine layers with different qualities.
“[T]he team was able to control the properties of the coated material, blasting it with pulses as high as 2,000 degrees Celsius, while leaving surrounding areas so unaffected that the process could be carried out even on soft substrates such as plastics,” MIT said in the statement.
Using this technique, the team applied different materials to make “a supercapacitor to store electricity, a flexible strain gauge, and a transparent heater.” Each kind of petrochemical “feedstock” brings pros and cons that lend themselves to certain applications.
“You add a little more tar, a little less pitch, or a little more of any of the other things that we highlighted in the paper,” researcher Nicola Ferralis explained in the statement. “That could give the ability to make a membrane, an electrical device, and an energy storage system, and so on, on demand."
Researcher Jeffrey Grossman said he believes this work could open new avenues of investigation into what these “waste” (secondary) products can do. These also aren't traditional fossil fuel uses—they’re not creating pollution waste or contributing to global warming. In that way, Grossman said, they could also represent what petrochemicals are used for in a post-fossil-fuels society.
Grossman’s comments suggest our singleminded reliance on internal combustion has blindered research into other uses for petroleum the same way it has with development of competing engine technologies. In that case, a less oil-reliant future offers an opportunity to study these complex chemicals more close up than ever before.
The 10 largest coal producers and exporters in Indonesia:
Click Here! Top Clean Coal Contractors for Power Plant, Gasification, Liquefaction and Emission Control System
Source: Popular Mechanics