Indian foods and spices go hand in hand. Perhaps, the rich Indian culinary comes from the essence of natural and organic Indian spices, cultivated in almost every part of the country. From pulses, vegetable curries to fish and meat dishes, spices are used in plenty to give them an incredible taste, flavors, and unforgettable aroma. However, while you know the most-used spices and what are they used for, you are probably unaware that there are nearly hundreds varieties of them. A whole lot of spices are very rare and you might have never known that they actually exist! This article talks about those few rare spices that are cultivated, traded and even used in many food preparations but to the little knowledge of the common people. 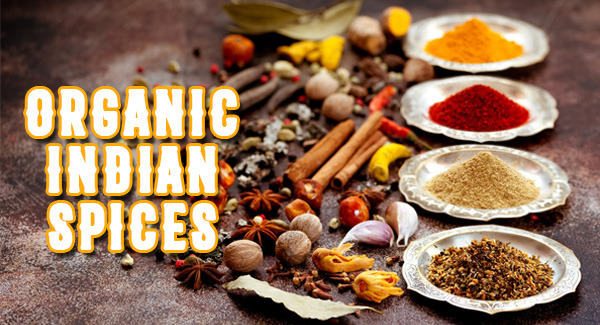 This unique spice is derived from immature or unripe mangoes. The mangoes are sliced into small pieces, sun-dried for days and later ground into extra fine powder. Unripe, it is sour in taste and hence used in preparing flavorful dishes or curries as an extraordinary souring agent. Pickles are prepared using plenty of Amchur.

This is also called as Carom seeds or Bishop’s Weed and imparts a very strong flavor to whichever dish it is used, even when applied in little amount. The spice comes in its real aromatic form when dry roasted or are lightly fried in tawa with oil or ghee.

Anaar is typically the Indian name of Pomegranate fruit and ‘dana’ implies seeds. So, Anaardana is clearly the spice in the form of pomegranate seeds but in dried form. Just like the properties of the fruit, the seeds impart great flavors, especially the tangy one. The spice is special for imparting great color in the dishes. Besides, it has the property of preservatives too. It is known as Dalim, Dalimba and Dannima Pandu in a few regions.

Like Anaardana, this is also a sun-dried fruit item. However, it is not extracted from the seeds but from the fruit itself (i.e. the thick plum skin).  Kokum acts as a great coloring agent in many dishes, giving them a pinkish-purple tint. In terms of flavoring, it is both sweet and sour and hence should be added consciously in dishes depending upon what kind of tastes it should have.

Also called as Nigella seeds, Kalonji is exceptionally tiny and triangular seeds. The color of the seeds is absolutely jet black and can be used in almost all kinds of dishes, dry or gravy. The seeds have little sweetness but primarily impart a bitter flavor to the dishes. Many Indians considered it is to be a supreme spice for preparing traditional dishes, especially Bengali dishes, lentils, mild curries, and pickles. To get the maximum flavors, kitchen experts use Kalonji after dry-roasting them.

Each of the above-mentioned spices comes with unique properties. They are mainly used by those who love experimenting with cooking and like to bring up some lip-smacking delicacies for foodies on the table. However, when you are now exposed to these uncommon varieties of spices, get some from any big grocery stores and try making some exciting recipes for your loved ones.

Neal is one of the nutritionists and a food marketer at Indian Grocery, a popular online store in the USA, selling a variety of Indian food items and condiments, from staple food packs, gourmet snacks to sweets and purely organic Indian spices. To get high-quality Indian organic spices, you can visit the site of Indian Grocery and order any pack offered by legacy spices companies.