Browse Articles  »  Business  »  Japan Have to Keep Using Coal for Reasons of...

by Rudy P. SysAdmin at howtofindthemoney
When Shinjiro Koizumi went to Madrid last December, the golden child of Japanese politics found himself cast as the world’s whipping boy for a collective failure to act on climate change.
Attending the COP25 round of climate talks as Japan’s environment minister, Mr Koizumi — the 39-year-old son of former prime minister Junichiro Koizumi — was met by protesters in Pikachu costumes calling on Japan to stop burning coal, and stop financing new coal plants in developing countries.
Twice during the conference, the Climate Action Network gave Japan its “Fossil of the Day” award. The distinction drew widespread attention back in Tokyo — not least because it clashed so vividly with Mr Koizumi’s reputation as a smooth, young moderniser.
Coal is one of the dirtiest fuels, with coal-fired electricity accounting for about 30 per cent of energy-related carbon emissions worldwide. Building new coal power stations fixes countries on a path of high emissions for decades to come. The COP25 meeting, however, has helped to trigger a rethink in Japan. 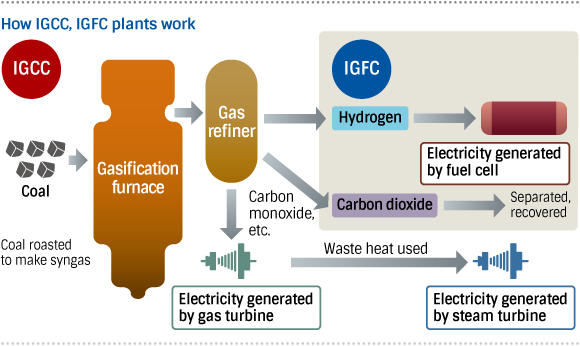 “In my speech at COP25, I deliberately touched on the international criticism of Japan over coal. No matter how big an effort we make [on sustainability], the use of coal means we cannot get it across,” Mr Koizumi says. “If we’re to change that, we can’t run away from Japan’s problem with coal. We have to face up to it ourselves.”
Mr Koizumi’s efforts have led to the recent announcement that, in principle, Japan will no longer finance new coal power stations in developing countries. The economy ministry has also announced its wish to phase out dozens of old and inefficient coal-fired power plants at home. But weaning Japan off coal is no easy matter.
“Japan began to rely on coal after the oil shock [in the 1970s],” says Taishi Sugiyama, research director on energy and environment at the Canon Institute for Global Studies in Tokyo. “Until then, oil was Japan’s main energy source. After that, Japan started to explore all other possibilities.”
The most promising of those other possibilities was nuclear — until 2011, when a tsunami hit the coast of Tohoku and three reactors at the Fukushima Daiichi plant went into meltdown. The subsequent trauma means most of Japan’s reactors are still switched off.
With nuclear power unavailable, Japan went back to fossil fuels: coal rose from 28 per cent of electricity supply in 2010 to 32 per cent in 2018, even as other countries went in the other direction. Japan’s planned energy mix calls for renewables to increase from 17 per cent of electricity to at least 22 per cent by 2030, allowing coal to fall back to 26 per cent, but even that relies on bringing a lot of nuclear plants back on line.
Mr Sugiyama sees little alternative to continued reliance on coal, because it is cheap and Japan has secure supplies from friendly Australia. Liquid natural gas, the obvious alternative, costs much more. Renewables are not only intermittent, but Japan’s dense population and rugged terrain make wind and solar difficult to deploy at sufficient scale.
Meanwhile, Japan’s dependence on oil from the Middle East, shipped past an unfriendly China, makes it feel vulnerable. “Until 2030, we’ll have to keep using coal for reasons of economy and national security,” Mr Sugiyama says. “There’s no choice but to emit the CO2.”
Such fatalistic views are common in Japan’s energy policy community. What has changed, however, is the political and public desire to get Japan off coal and out of coal plants overseas.
Yukari Takamura, a professor of environmental law at the University of Tokyo who chaired a fact-finding committee for Mr Koizumi on financing coal plants overseas, says a lot has changed in the past couple of years.
“Except for a few countries, the cheapest source of new electricity is now renewables. So the economic motivation to export coal power plants is not so convincing,” she says.
It is not just the falling cost of renewables, however. “The financial institutions have changed their policy . . . They are not going to finance new construction of coal except for plants already in the pipeline,” Ms Takamura says, noting that the rise of environmental, social and governance (ESG) investing and requirements for climate risk disclosure have made a difference.
In responses to Ms Takamura’s committee, several big Japanese investors in overseas coal projects — such as power generator Jera and trading company Marubeni — said they did not intend to develop new plants.
The situation at home is more challenging. The economy ministry’s plan to “fade out” about half of Japan’s existing coal-fired capacity sounds dramatic, but in reality, says Takeo Kikkawa, professor of management at the International University of Japan, “I don’t think it’s such a big change. It strengthens existing plans.”
Many of the old plants are small, with capacity around 100MW. For electricity, they will be replaced with new coal-fired facilities in the 1,000MW range. “The impact on electricity generation may not be so big,” Mr Kikkawa says.
Although this means Japan will still be burning coal decades from now, the country does at least recognise the problem. “It’s been all about nuclear in Japan,” Mr Koizumi says. “Now international society is looking at coal.”
The 10 largest coal producers and exporters in Indonesia:
Click Here! Top Clean Coal Contractors for Power Plant, Gasification, Liquefaction and Emission Control System
Source: FT