Browse Articles  »  Business  »  Is Global Warming a Hoax or a Scam? Looks Like...

Is Global Warming a Hoax or a Scam? Looks Like Both

by Rudy P. SysAdmin at howtofindthemoney
A hoax is a humorous or malicious deception. A scam is a dishonest scheme or swindle. It’s a hoax for profit. Hoaxes have made fools of the unwary, and scams have taken unwitting victims for a long time.  How do you avoid getting taken?
Cicero asked: Cui bono — Who benefits?  Today you should ask:  What’s the hustle and who’s the mark? If you are in a rigged game and don’t know who the mark is, it’s probably you. But what if you are in a rigged game and don’t know it’s rigged?
Say the hustle is there’s an imminent global catastrophe and you have to do something or stop doing something (like using fossil fuels) for the good of humanity. Beautiful people, experts, the media, politicians, and other shills are virtue signaling for it. You might think they know something you don’t.
But you see the sky isn’t falling. And they aren’t doing what they want you to do. So you wonder is? A scam? Looks like both.
Global warming, aka climate change is the idea that the earth’s climate is warming or changing unnaturally due to human activities — specifically the burning of fossil fuels (coal, oil and natural gas). 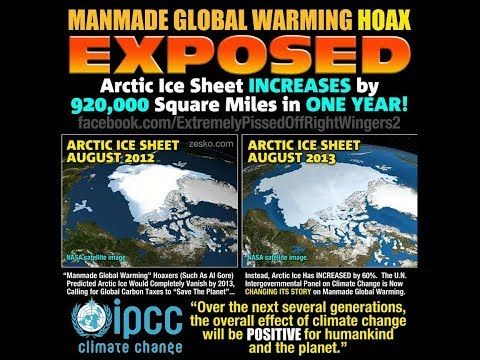 The argument is that burning fossil fuel creates carbon dioxide or CO2 (true).  And that as this gas increases in the atmosphere it increases a greenhouse effect that reduces outgoing energy radiation to space (true), and the “trapped energy” causes the earth’s temperature to rise (theoretically true). And that the rate of increase is unnatural (too fast) and the higher temperature is undesirable.
This implies that there is a natural slower rate of temperature increase (untrue) and an optimum earth temperature that all can agree on (doubtful). And that humans can control it (untrue).
The temperature increase attributable to increased CO2 is small, hard to measure,  and impossible to isolate from changes due to other variables. That’s because CO2 is only 0.04 percent of the atmosphere, and there are many other natural causes of temperature and climate changes.
Geologic records show wide variations in climate and temperature. Recorded temperature measurements show wider natural variations than recent increases that have alarmed global warmers. And those increases have slowed. So alarmists now hype climate change and equate it with weather events like hurricanes, tornadoes, rainfall, droughts, heat waves, cold spells and natural disasters like locust swarms, plagues, and contagions real or hyped.
Former Vice-President Al Gore is one of the loudest shills for the greenhouse effect.  In 2006, he produced “An Inconvenient Truth” video which correlated CO2 in ancient ice cores with temperature and showed that the temperature was higher when CO2 was higher. He therefore said: higher CO2 causes higher temperatures.  And started the global warming catastrophe industry for profit. Cui bono? Professional Chicken Little’s.
It didn’t matter that the ice cores showed that the rise in temperature preceded the rise in CO2 by hundreds of years. So careful observers say higher temperatures cause higher CO2. The former VP ignored this inconvenient truth and made sky-will-fall predictions. Icebergs would melt, sea levels would rise, coastal cities would flood unless governments acted to reduce CO2 emissions. Cui bono? Big government in partnership with Green Energy.
Others joined in to promote the scam and to share the profits from government mandated solutions to imaginary problems.  Who are some of those scammers and their scams? Well, right here in Mississippi there’s: Hello Kemper My Old Friend. I’ve come to talk with you again ...
There are lots of scammers in federal and state agencies. Also in Congress and in state legislatures, which create, fund, and abdicate their legislative responsibilities to those agencies (which become law unto themselves). Also in presidents and governors who appoint global warming and green energy zealots to run the agencies. And who promote projects like Kemper to make the oceans stop rising and to spin straw into gold — or lignite into natural gas.
And to enrich their political supporters and corporate cronies. Cui bono? Politicians and their supporters.
Scammers in colleges and universities do made-to-order “research” about how many CO2 molecules can dance on the head of a pin.   And why windmills and solar panels should supplant cheaper electricity from more reliable gas turbines. And not to worry about their intermittency. Cui bono? Global warming/climate change/green energy experts and advocates.
Windmills don’t generate electricity when there’s no wind, and neither do solar cells when there’s no sun. This intermittency requires gas turbine backups to produce electricity when windmills and solar cells don’t.  This redundancy increases utility spending and customer cost. Utilities like that.  As noted in prior articles, the more they spend, the more they make. They get a guaranteed return on their spending. Cui bono?  Regulated utility monopolies. (Incidentally, Mississippians don’t want us to comment on their scams.)
The state agency that regulates Mississippi’s electric utility monopolies is the Public Service Commission. Its 2:1 hand-picked Republican majority approved the $2 billion Kemper experiment in 2012 instead of a $700 million natural gas plant using proved technology.
It didn’t work.  Its cost ballooned to $7+ billion. Following the 2015 election, two new commissioners voted with the hold-over commissioner to kill it. Mississippi Power and its parent wrote off $6+ billion and the customers pay for an extra $600 million or so to convert the plant to natural gas. Could have been worse.
Could have been better too — if the PSC had done its job. We think a customer advocate in the PSC will help when the next scam comes along.  The Legislature could and should approve this.
The PSC has two new commissioners following the 2019 election.  It now wants to add a swat team — ostensibly to go after robocallers (but broader authority).  Is the PSC serious?
A PSC WITH BADGES AND GUNS.  That's frightening. The legislature should quash this. (You might like to see robocallers frog-marched before the PSC high commissioner. But you wouldn’t want to be there yourself.)
The 10 largest coal producers and exporters in Indonesia:
Click Here! Top Clean Coal Contractors for Power Plant, Gasification, Liquefaction and Emission Control System
Source: The Northside Sun