Recently, with the arrival of the all-new Android 11 update for the users, Google has officially stopped the support for the Daydream VR glasses.

The US-based search engine giant Google has reportedly dropped its support for the Daydream VR platform for Android 11. 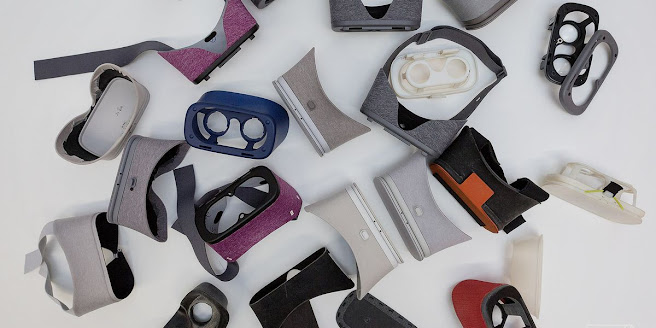 However, you can still use the Daydream headset and controller as a generic VR viewer, but the Daydream VR application is now no longer supported by Google. And since it is no longer a Google supportive app, the users might face issues while running it on Android 11 or later. However, it is said that the users might access many of the experiences and third-party apps of the Daydream from the Google Play Store as standalone apps.

Google recently announced that it might have a negative impact on the users of the glasses with any new devices. However, the users will be able to use the apps available specifically for them on the Google Play Store, but without any kind of support from Google.

The Google Daydream glasses are glasses related to virtual reality that are suitable for smartphones. They offer a pleasant feeling of joy held in hands. They are straightforward to use for anyone who wants to try them. We say this because all you have to do is to install the application on your handset to enter into the world of virtual reality. And with the use of the built-in console, the navigation becomes pretty easy.

Even though the general glasses don’t offer the same features as the glasses that are associated with the computers, Google Daydream View, however, offers an amazing experience and a various number of advantages. It works with most of the high-end as well as average performance Android handsets.

Google Daydream Glasses come at a very user-friendly price and are efficient for displaying a vast range of content. Even though they meet almost everyone’s expectations, these glasses are still not the best virtual reality glasses in the market, as stated by the experts. However, they undoubtedly act as an easy medium with the help of which the Android handset users can access virtual reality content at a very reasonable cost.

These were some details regarding the news about Google’s decision to stop supporting the Daydream VR for Android 11. Earlier this year, Google stopped the availability of Daydream for Samsung devices coming up with Android 10 alongside Pixel 4.