Final Conclusion: Wind and Solar Can't Power the Modern World Until the End of the Earth!

by Rudy P. SysAdmin at howtofindthemoney
It’s 2020 and, if you believe the hype, we’re well on our way to an all wind and sun powered future. Except that – notwithstanding $trillions in subsidies, punitive mandates and punishing targets – the contribution of wind and solar to world energy demand remains risible. And – not simply because it’s fun to rain on the renewable energy rent seeker’s parade – it’s going to stay that way until kingdom come.
Hopeless unreliability and chaotic intermittency are at the core of why wind and solar represent the world’s costliest failed experiment, ever.
Whereas calm weather and sunset are very real things, the economic storage electricity in bulk volumes is right up there with the mythical perpetual motion machine and tantalising promise of Alchemy.
Larry Bell takes up the cudgels with a look at just three (of the multitude of) sound reasons why wind and solar are nightmare of nonsense. 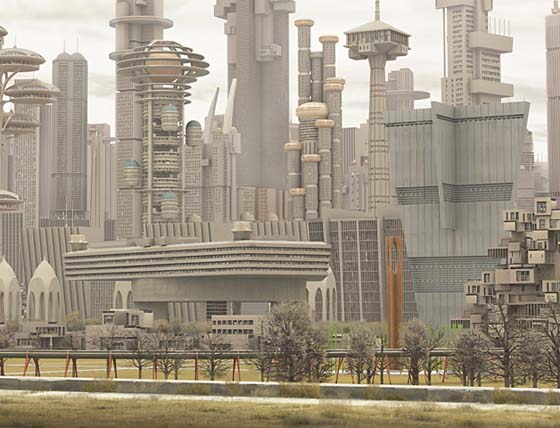 ‘Green Energy’ Capacities Are Overblown Hot Air
Democratic candidates who have committed to the goal of achieving net-zero greenhouse gas emissions by 2050 are premising disastrously costly and destructive social and economic policies upon “renewable energy alternative” fantasies.
Briefly summarized, I’ll highlight three basic realities their campaigns aren’t informing you about.
Current and Future Wind and Solar Contributions Are Vastly Overrated
First, for some overall perspective let’s recognize that about 80 percent of all U.S. energy (always measured in BTUs) comes from fossil sources, with another 8.6 percent contributed by nuclear. Total energy from “renewables,” a term which probably doesn’t mean what you imagine it does, amounts to 11.4 percent. Of that total U.S. energy amount, solar and wind combined contributed barely over three percent.
In 2018, nearly two-thirds of total U.S. electricity (64%) — not total energy — came from fossil fuels, and most of the rest (20%) from nuclear. Of those so-called renewables, wind accounted for only 6.5 percent – about the same as hydro (7%). Solar contributed a piddling 1.5%.
According to the US Energy Information Administration (EIA), nearly two-thirds of the energy that goes into the U.S. electrical power is lost through conversion to mechanical energy and transmission distribution before it reaches users.
All combined, those renewables provide 17 percent of U.S. electricity . . . an energy sector which, in turn, comprises a little more than one-third (37%) of America’s total energy consumption. The rest of total energy is distributed fairly equally between industrial, transportation, and residential-commercial sector end uses.
Wind Operational and Maintenance Life Cycle Costs Are No Bargain
Wind promoters aren’t generally eager to mention some negative cost–benefit ratio drivers that warrant big “buyers beware” warnings.
They don’t advertise, for example, that breezy intermittent outputs require access to a “shadow capacity” typically provided by an equal “spinning reserve” of natural gas-fueled turbines that enables utilities to balance power grids when wind conditions aren’t optimum . . . which is most of the time.
Such second-by-second grid management to insure uninterrupted power transfer becomes increasingly complex and inefficient as more and more intermittent sources are added to the power supply mix. This requires that the fossil-fueled turbines must be constantly throttled up and down to balance the grid, much like driving a car in stop-and-go traffic.
Remarkably, Green New Deal proponents somehow propose that wind and solar — which together provide just slightly over three percent of America’s total energy — will eliminate a need for fossil sources which produce 80 percent.
This dramatic non-fossil transition presumably includes replacing the natural gas spinning reserve capacity essential to balance the power grid; requiring the constant availability of two different equal capacity sources to do the job of one.
This also somehow includes replacing petroleum-fueled vehicles with plugged-in electric marvels that can mysteriously be recharged when the wind isn’t blowing and sunshine isn’t available — nighttime, for example.
Wind turbines are also short on longevity, long on maintenance.
A major 2012 Edinburgh University study of nearly 3,000 on-shore British wind farms found that the turbines have a very brief 12 to 15 year operating life, not the 20 to 25 year lifespans applied in politicized government and industry projections.
The report also concluded that a typical turbine generated more than twice as much electricity during its first year than upon reaching 15 years of use. Performance due to saltwater deterioration for off-shore installations is even far worse.
Environmental Benefits Versus Costs Don’t Add Up Either
Along with lifecycle investment and operations costs let’s also add environmental costs to the mix of considerations.
No, it’s certainly not just “dirty” coal, oil and natural gas, that are being challenged . . . or those “hazardous” nuclear plants. Many self-proclaimed environmentalists aren’t all keen on wind turbines either. A Sierra Club official described them as giant “Cuisinarts in the sky” for bird and bat slaughters.
Nearby landowners are fighting wind projects in the courts for un-neighborly human offenses.
“Not in My Backyard” (NIMBY) opposition typically arises from an aesthetic perspective where turbines and associated transmission lines dominate scenic vistas.
Other local wind critics have legitimate health concerns about land-based installations. Common symptoms include headaches, nausea, sleeplessness, and ringing in ears resulting from prolonged exposure to inaudibly low “infrasound” frequencies that even penetrate walls.
Wind and solar power also require huge amounts of land and expansive transmission lines to deliver electricity from remote sites (plus additional power transmission losses.) Two 2018 papers published in the journals Environmental Research Letters and Joule by Harvard University researchers David Keith and Gordon McKay concluded that transitioning from wind or solar in the U.S. will require five to 20 times more land than conventionally thought.
Socialist green dreamers argue that their proposed new dealings are worth any cost necessary to save the planet from climate-ravaging capitalism. Let’s finally awaken from that nightmare of nonsense.
The 10 largest coal producers and exporters in Indonesia:
Click Here! Top Clean Coal Contractors for Power Plant, Gasification, Liquefaction and Emission Control System
Source: Stop These Things