by Rudy P. SysAdmin at howtofindthemoney
Gao Xiang and his colleagues never picture coal as black cloud billowing from smokestacks or a sooty remnant of the Industrial Revolution.
"There are only unclean technologies; no unclean energy," said Gao, a winner of China's National Awards for Scientific and Technical Progress and professor at the State Environmental Protection Engineering Center for Coal-Fired Air Pollution Control at Zhejiang University.
For years, researchers have been seeking to reduce coal's harsh environmental effects with multiple technologies, seeking a "burn cleanly" spell for China's major energy source.
Coal accounts for over 90 percent of China's proven reserves of fossil energy resources, said Gao. 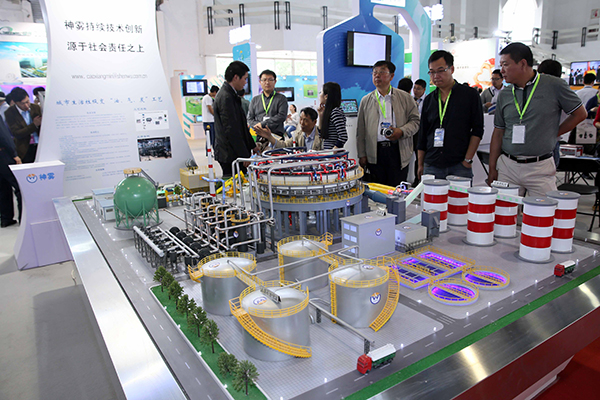 China cannot eradicate coal-fired power from its energy mix overnight as natural gas supplies are more difficult to access and renewable energy expansion takes time.
Meanwhile, Chinese citizens demand cleaner air, and coal power plants are viewed as the major culprit of PM 2.5, small particles that may lodge in the lungs.
ADAPTING TO COAL
Reducing emissions from coal-fired power plants is a great part of China's environmental drive and energy security as Beijing sets emissions and efficiency standards for coal-fired power plants higher than those in Western countries.
Coal is widely distributed in China but the overall quality is not high. The diversity of the country's vast geographical coal distribution and the complex combustion features are among the hardest problems to tackle.
"A clean system must adapt to these 'coal situations'," Gao said.
At the State Key Laboratory of Clean Energy Utilization at Zhejiang University, Gao and his colleagues have been testing sample packets like coal, fly ash and calcium carbonate from coal-fired power plants across China, in order to find the best solution.
They often work round the clock. A pilot experiment, a preliminary study to evaluate the system, can run for 5,000 hours.
Climbing and a head for heights are required from everyone in the lab. From 40-meter-high equipment testing platforms to 70-meter smokestacks, they must collect data and test theories.
Gao's mission has been constant since he began his master's degree in 1990: to reduce the emissions of coal-fired plants.
After more than 20 years of research, Gao and his team developed an ultra-low-emissions system to filter multiple pollutants from coal-fired flue gas quickly and cheaply, which has been successfully applied in a 1000 MW unit in Jiaxing power plant as China's first demonstration.
Gao's work opened up new fields using multidisciplinary approaches. Through process intensification, each pollutant-control device can simultaneously remove multi-pollutants, hence increasing the total removal efficiency and reducing emissions from coal-fired utilities to a level even lower than the regulation set for natural gas combustion.
DELIVERING ON PLEDGES
Zhejiang Energy Group, which upgraded its power plants with the system, says emissions of sulfur dioxide are down 83 percent against national emissions standards, nitrogen oxides are down 50 percent and particulates 67 percent.
In January 2018, Gao and his team were awarded first prize in the National Technology Invention Award. The Ministry of Science and Technology said the system had drastically reduced the pollutants emitted by coal-fired power plants nationwide.
In the global drive against climate change, China has been consistently delivering on its environmental pledges.
From 2015 to 2017, China's government has highlighted ultra low emissions of coal-powered generations continuously in the Report on the Work of the Government, striking out hard against air pollution.
The National Energy Administration (NEA) announced this February that China has established the world's largest clean coal-power generation system, setting a new milestone in cutting emissions and saving energy.
The country has exceeded its target of ultra-low-emissions and energy conservation and transformation outlined in the 13th Five-Year Plan two years in advance.
By the end of 2018, the capacity of China's coal-powered generators with ultra-low-emissions reached more than 810 million kilowatts, accounting for over 80 percent of the country's total installed capacity of coal-power generating units, data from the NEA showed.
"The to-do list for energy and environmental protection never ends. We should always follow China's development and solve problems," said Gao.
Currently, they are promoting and extending the system for other industries.
The 10 largest coal producers and exporters in Indonesia:
Click Here! Top Clean Coal Contractors for Power Plant, Gasification, Liquefaction and Emission Control System
Source: Xinhuanet