If you value your privacy on the internet, then you must be aware of the fact that your Facebook conversations are not private. Your Facebook Messenger chats are not end-to-end encrypted, that means your chats could be seen and intercepted in plain text. Lately, Facebook has launched its new feature which offers end-to-end encryption. Other than security reasons, Facebook users are forced to use the Messenger application that acquires a lot of space on your mobile device. Luckily, there are some alternate messaging applications that you can use: 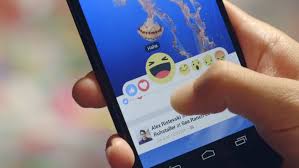 Signal is a free messaging application that works across all platforms. With Signal, you can send text messages, voice memos, make voice calls, video calls, and have group chats. Signal stores no information about its users, and your conversations are end to end encrypted, which makes it a safer alternative than Facebook Messenger. Signal is an independent non-profit application and offers an intuitive interface. If you are very well aware of the WhatsApp or Messenger app, then you can easily use Signal with no issue.

iMessage is one of the reliable messaging applications for Mac users. With iMessage, you can send text messages, videos, GIFs, and voice memos. Your chats with iMessage are end to end encrypted, which makes it a safer choice than Facebook Messenger. However, there is one drawback with iMessage is that only Apple users can access this service. Even if you have an Apple device, but you send messages to an Android user, your message will be sent as a traditional SMS message, and that means your chat will not be encrypted. Overall, iMessage is a great and reliable app for Mac users, but the only bummer here is that your conversations will not be encrypted in case you are having a chat with an Android user.

Google Duo is a video chat application developed by Google for both Android and iOS users. Google Duo can also be used via Google’s Chrome web browser. With Google Duo, you can make high definition video calls, and your calls will be end to end encrypted. Google does not have a reputation for a privacy-friendly company, but Google Duo is a much safer alternative than Facebook Messenger.

Zoom is a video chat app available for both Android and iOS users. Zoom gained a lot of popularity in the recent COVID-induced pandemic because of its intuitive and easy-to-use interface. Initially, Zoom users faced a lot of security issues, but Zoom has taken the necessary steps to address those security concerns. Zoom offers end-to-end encryption, which means your chats are safe from spying eyes.

If you are a regular user of Facebook Messenger, then you must start looking for its alternatives. The options as mentioned above are some of the best choices which you can use for an end to end encrypted calls and messages.