Browse Articles  »  Technology  »  7 Benefits of Coal for Everyday Life, And Its Type

7 Benefits of Coal for Everyday Life, And Its Type

by Rudy P. SysAdmin at howtofindthemoney
The benefit of the most famous and frequently heard coal is to be processed in the form of electrical energy. It is not strange, considering that coal is a very reliable and very affordable source for use in power generation.
Coal is also available very abundantly in Indonesia, therefore its use becomes increasingly needed by everyone. The extensive use of coal in many industries is one of the most profitable things.
The benefits of coal are also widely used in everyday life, as home heating up to cooking. Therefore, you need to know about the various benefits of using this coal in life.
Here we summarize from various sources, a variety of coal benefits. 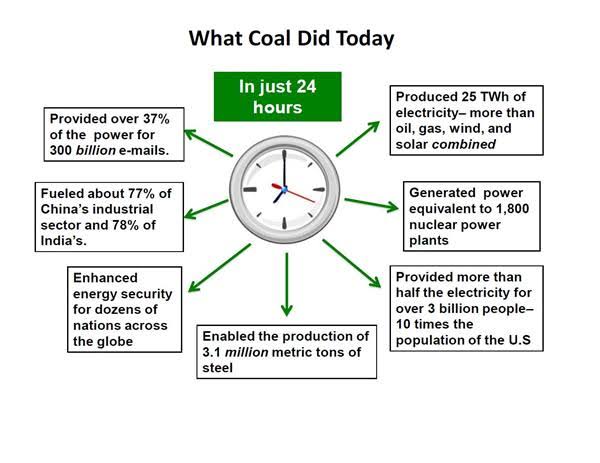 Types of coal
Before discussing some coal benefits, it would be good to first know the types of coal. Often the benefits of coal also vary, depending on the type.
The Bitumen Coal
Bitumen coal is the most widely used coal and is easier to obtain, this type of coal ranks higher than lignite but lower than anthracite. This type of coal is mainly used to produce coke, electricity and steam.
The characteristics of this type of coal are:
Anthracite coal
This type of coal has the highest carbon content and is a hard coal that also has the lowest water content and is a good fuel heater. The coal is used for power generation and is the highest quality coal.
Features of anthracite coal include:
Coal Tar
When the coal is distilled, it will be produced residue known as liquid-shaped tar, dark black. Coal Tar is used to do many things, such as repairing houses and buildings, as well as fabric production. This Material is widely used to create waterproof buildings, for the isolation of buildings, to make paints, fabrics, shampoos, and soaps.
The benefits of coal in everyday life
Power source
The benefits of coal that may have been widely known are as power plants. In addition to Indonesia, coal is also the main fuel on power plants in some countries such as China, India, Australia, Japan, Germany and several other countries.
Produce Gas Products
Coal becomes one of the energy that can produce a gas product. This natural Gas that can come out from coal is still in the soil. Coal in the soil can directly produce natural gas. Furthermore, the natural gas produced by the pure coal will be processed in the mining site and can be a variety of products, for example for industrial fuels, gas power plants, and hydrogen and diesel products. So the next coal benefit is to produce a gas product.
Coal benefits for Industry
Supporting Aluminium Industrial Products
Other coal benefits are one of the fuels that support the aluminium industry. This material can be obtained as a byproduct of the iron oxidation process in the activity of steel industry.
Gas and heat of coke from coal can separate some steel products so that it can produce aluminium products used for various types of industries, such as agriculture industry, kitchen equipment, construction and other industries
Supporting Steel Industry
The next coal benefit is to help the steel products industry. Steel is one of the most important ingredients for human life. From steel, can be produced a variety of goods that can help the human life of the day such as health equipment, agricultural equipment, transportation equipment, even also the machines used in households.
Other coal benefits
Liquid fuel
In addition, other coal benefits are as liquid-shaped fuel. Oil is one of the fuels needed by the crowd and its availability will quickly drain when used with extravagant use.
Coal can also be used as a liquid-shaped fuel that can replace fuel oil. Basically the processing of coal into liquid-shaped fuel will change the coal powder or chunks that are then dissolved in high temperatures.
Supporting cement Industry
In addition, coal benefits also turned out to be the result of earth or minerals that can help in the cement production industry, can even be said as raw material. Although not as raw material in terms of materials, but coal is used in the process of combustion.
Supporting the paper industry
As previously said that the heat produced by the coal is very high so that it is widely used in industrial. In addition to the cement and steel industries, coal benefits are also used in the paper industry.
Coal is very capable in this regard because the heat generated by coal is very stable in a fibre processing machine used for the paper raw materials industry. If we use fuels other than coal, perhaps some of the products of paper will not be we can use in daily life.
The 10 largest coal producers and exporters in Indonesia:
Click Here! Top Clean Coal Contractors for Power Plant, Gasification, Liquefaction and Emission Control System
Source: Liputan6