Understanding the Process of Coal-to-Liquid Fuels 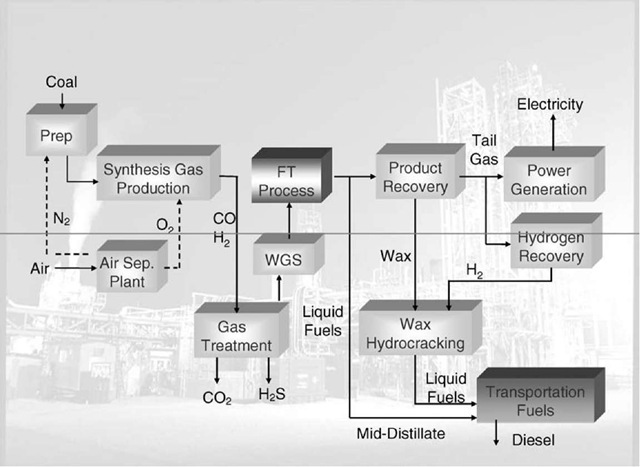 Fig. 1 Process flow diagram of a typical coal-to-liquids (CTL) plant using the Fischer-Tropsch (FT) process.
Cobalt catalysts have the advantage of a higher conversion rate and a longer life (over five years); however, Co catalysts are less tolerant to sulfur and thus the upstream cleaning processes after gasification must remove most of the sulfur from the syngas. In general, the Co catalysts are more reactive for hydrogenation and therefore produce less unsaturated hydrocarbons and alcohols compared to iron catalysts. Processes have been developed to efficiently and cost effectively reactivate/regenerate and reuse a Co catalyst.
CRITICAL DRIVERS FOR A CTL INDUSTRY
There is considerable data—much of it from the oil industry—that indicates the proven reserves of crude oil and natural gas will sustain the world demand for ~ 100 years at current and future predicted consumption rates. There are, however, sufficient coal reserves to sustain world demand for liquid fuels for nearly 200 years. Coal is predicted to last twice as long as the combined proven crude petroleum and natural gas reserves at current usage rates. This is under a projected annual worldwide consumption of coal of 2.2 billion tons/year, or a ~ 1.5%/year increase.[4]
The current and future price of coal is relatively stable compared to other fossil fuels because of coal’s abundance combined with the regional distribution of very large coal reserves. Currently there are about 273 billion short tons (bst) of coal reserves in North America, 173 bst in Russia and the former Soviet Union, 126 bst in China, 93 bst in India, and 90 bst in Australia.[4]
The resurgence in the interest in coal as a viable fossil fuel for direct combustion to produce electricity as well as for the production of liquid fuels is a result of the following energy dynamics:
In addition, the production of liquid fuels from alternative and indigenous sources is addressed in the Energy Policy Act of 2005 Pub. L. 109-58, and is the linchpin of President Bush’s “Advanced Energy Initiative” goal of new fuel-production technologies to replace more than 75% of our oil imports from the Middle East by 2025.
CTL PRODUCTS: DIESEL FUEL
The primary product from a CTL plant is high-quality diesel fuel. The diesel fuel from the FT process will require post-processing to make it compatible and comparable with diesel fuel derived from conventional oil refining. Typical diesel fuel characteristics from several sources are shown in Table 1.
With respect to the production of diesel fuel from a CTL plant, process conditions can be selected to produce maximum amounts of products in the diesel range. However, an even higher yield of diesel fuel can be achieved when the FT synthesis is optimized toward production of wax. Subsequently, the wax can be selectively post-processed (hydrocracking similar to processes in a refinery) to yield predominantly diesel fuel. 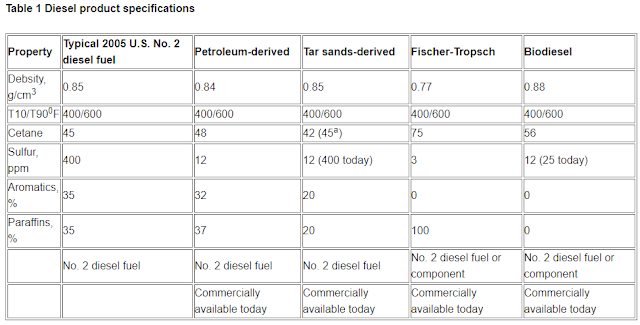 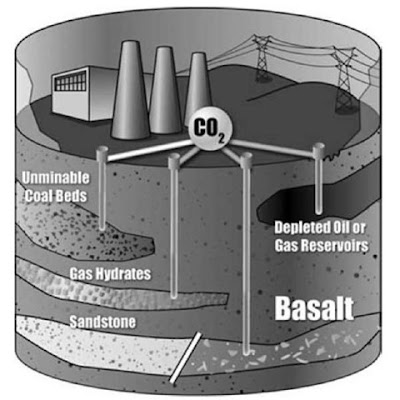 Fig. 2 Illustration of methods of sequestering and using CO2 captured from a coal-to-liquids (CTL) plant.
The only significant air quality issue in the siting and operation of a CTL plant is the potential impact the plant may have on Class I air-sheds such as those in national parks and other designated Class I areas. This would be addressed during the permitting process via air quality dispersion modeling.
WATER QUALITY
A CTL plant using high moisture content coal such as lignite (30%-50% water content) or sub-bituminous (10%-30% moisture content) will likely be a net water producer, depending on whether or not a dry or slurry feed is used for the gasifier (upstream of the FT process) and whether or not a significant amount of (excess) power is produced requiring a cooling tower. Under the plant design scenario using 30% moisture content coal, a net production of 100-200 gal/min would be discharged for a 10,000-bpd liquids plant. This water would require treatment and disposal in surface or underground wells.
The 10 largest coal producers and exporters in Indonesia: