Browse Articles  »  Technology  »  Hydrogen is the Holy Grail for Carbon-free...

Hydrogen is the Holy Grail for Carbon-free Commercial Aviation

by Rudy P. SysAdmin at howtofindthemoney
Can aviation get the carbon out of flying? For short flights in small, personal aircraft, battery power and electric motors certainly work - Airbus’s one-man E-Fan crossed the Channel as long ago as 2015 - but while the subsequent half-decade has seen dozens of companies experiment with battery power to chase the dream of zero-emission urban air taxis, none has yet entered service.
Commercial aviation’s higher power requirements also demand a different strategy. Airbus and Rolls-Royce appeared to have opted for a series hybrid solution when they launched the E-Fan X demonstrator programme in late 2017, backed by backed up by Siemens (whose electric power division was subsequently acquired by R-R).
The plan was to mature the technologies required for hybrid propulsion by modifying a BAE Systems Avro RJ100 regional jet, replacing one of its four Honeywell gas turbines with a 2MW electric fan motor powered by batteries charged by an inboard AE 2100 gas turbine. Originally set for flight testing this year, come April and the project was cancelled altogether. 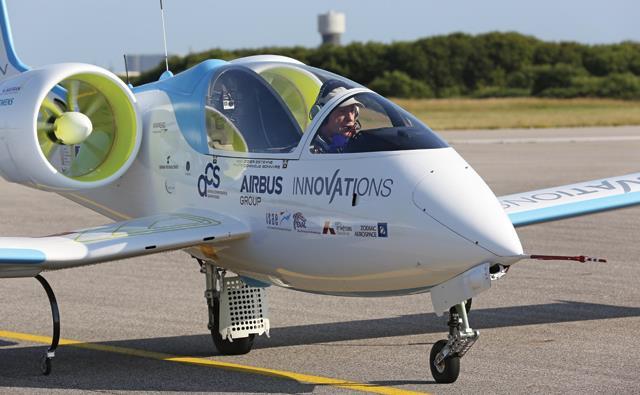