How Does Amazon Luna Compare to Stadia, xCloud, and GeForce Now 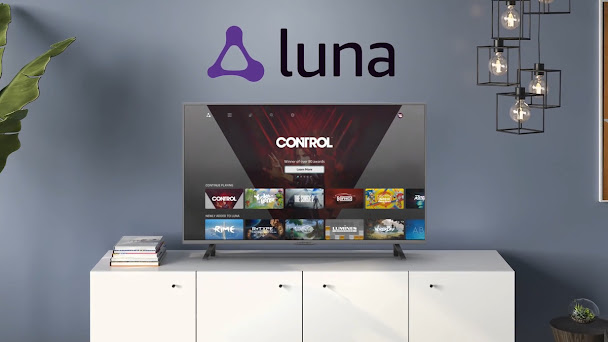 However, only time will tell which platform is able to attract more customers towards it. But which cloud gaming service should you buy? Well, that’s a tough question to answer. So, today we will make these phenomenal cloud gaming platforms compete against each other so that you can make a prudent decision.

Luna provides you access to many fantastic games from different publishers in the form of “Channels,” unlike its competitors. However, at this time, there is only one channel that Luna users can subscribe to if they enroll in the early access user program of Amazon Luna (currently available for users in the US), and that is “Luna Plus,” that costs $5.99 a month.  But Amazon is also gearing up to launch another channel on Luna with Ubisoft that will provide access to many great Ubisoft games. However, the price and release date of the Ubisoft channel is not yet known.

The service is powered by Amazon’s world-famous cloud computing service AWS (Amazon Web Services), and you don’t have to make any special arrangements on your part to access Luna. Besides this, if you use Luna Controller with Luna, you can further enhance your gaming experience. This controller connects directly to Luna servers and ensures that you face less latency while using Luna to play games. Additionally, you can stream all games on Luna in 1080p.

However, Amazon will soon add 4K support for games on Luna. The service (Luna) is currently available on PC, Mac, Fire TV, and iOS and will soon be available for Android users.

Initially, Luna will be launching with almost 100+ games. But this number will grow within a few months. Besides this, Luna Service can be integrated with Twitch, which will allow you to watch Twitch streams on Luna and play Luna games on Twitch.

Google Stadia is a popular cloud gaming service and is somewhat similar to Luna in the first place. The service lets you stream games on your device right from Google distributed data centers. Additionally, you can use the stadia controller with Google Stadia to further enhance your gaming experience and ensure that you face less latency while playing games on Stadia. Besides this, you can also integrate stadia with YouTube. But there are a few noticeable differences between these two platforms.

Xbox Cloud Gaming is currently available in 22 countries. By purchasing Xbox Game Pass Ultimate, you get access to 150 Xbox games like A Plague Tale: Innocence, Batman: Arkham Knight, Carrion, Fallout 76, Gears of War 4 and 5, Mortal Kombat X, etc. that you can stream on your Android mobile directly from Microsoft Datacenters.

Overall, Xbox Cloud Gaming is a great cloud gaming platform and offers lots of amazing games to users. But the only bad thing about it is that sometimes you may not get a good gaming experience on it.

NVIDIA GEFORCE Now is somewhat like a virtual PC. It allows its user to stream games that they already own. To access your PC games on a different device, all you need to do is connect to GeForce Now and start playing it. The platform has more than 2000 games on it, which is a very big number and makes GeForce Now a better choice than all the other cloud gaming services.

Earlier you could access the service by enrolling yourself in the free beta program. But now GeForce Now is a paid service and comes with a price tag of $4.99 a month. Besides this, it allows its users to try out a game for an hour absolutely free. The service is right now available on PC, Mac, Android, the Nvidia Shield, and Chromebook. Additionally, it also allows its customers to stream their favorite games in 1080P.

All the cloud gaming platforms are unique and have their own pros and cons. Therefore, it is very difficult to say which platform is more superior than the other. However, if we talk about Amazon Luna, then it appears to be a unique cloud gaming platform that may give a tough fight to Stadia, xCloud, and GeForce Now.  However, only time will tell whether it is able to beat its competitors or not.

Do you think Luna is superior to xCloud, Stadia, and GeForce Now? Let us know in the comments.