The Problems in Cocoa Export 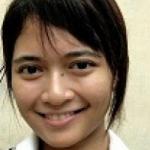 Cocoa is one of Indonesia's main export commodities. However, there are some problems faced by the government of Indonesia where the cocoa export decreases significantly. Recommended Features Learn more about The Problems in Cocoa Export»

Review on The Problems in Cocoa Export

Cocoa is one of the commodities with high demand in the global market. This is because cocoa is the raw material to make a variety of food and drinks from chocolate. Indonesia is one country that produces the commodity of cocoa to meet the market demand. However, now there are many factors that cause problems related to the export of cocoa from this region.

The phenomenon of global warming is starting to show its impact on the weather in different regions in the world; that includes the region of Indonesia. Recently, the weather in this region becomes unpredictable. Bad weather has made the production of cocoa decrease dramatically. Many cocoa farmers face crop failure. This condition causes the state revenue from cocoa exports significantly decrease as well.

The problems faced by the government of Indonesia in cocoa exports are also the impact of the high productivity of cocoa in Ghana and the Ivory Coast. Both countries are the largest cocoa exporters and dominate the global market. The low productivity of Indonesian cocoa causes it hard to face the competition with Ghana and Ivory Coast. At this point, the government should find the solutions of the problems. That way, the cacao farmers will no longer have to suffer losses.

Related to The Problems in Cocoa Export