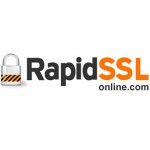 Apple computers running OS X 10.5 or greater enable users to obtain a Code Signing Certificate to authenticate software and applications that are downloaded or run online. The certificate guarantees the user that the program comes from a trusted source. While certificates do not run on system-specific platforms, each platform has its own way of handling the authentication process.

Some of the individuals and organizations who need Apple Code Signing SSL Certificates are software developers and software vendors who want to assure users that the application or software they are about to download and run originates from a reliable source and is an authentic copy without any corruption. The encryption hash permanently binds the software publishers identity to the software. The end user can access the publishers information by running the command code codesign -v /path/to/MyApp.app. For software vendors and distributors, the code signing SSL certificate provides a date stamp to tell the end user when the company uploaded the software.

Legitimate software developers and vendors benefit from code signing certificates by demonstrating a willingness to ensure the end user that the software they are offering does not contain malware or spyware. The certificate verifies when and who uploaded the original software. It also verifies that the end user does not have a corrupted copy of the program.

Running corrupted software, especially when infected with spyware or malware, can seriously damage a computer. Verifying the encrypted code lets the end user know that the downloaded or accessed software is free from corruption and can safely run on the computer. Accessing the code-signing information allows the end user to double-check the issuers details, including the date the software was uploaded.

Use of code signing certificate establishes a bond of trust between the end user and the software developer, vendor or organization distributing the software.

VeriSign Code Signing certificates are comprehensive and ideal security solution for any software publisher who wants to distribute and manage code or content over the Internet and mobile networks. ...

What is Code Signing?Code Signing Certificates are used by software on the relying party’s computers to verify that software downloaded and anticipated to run on a computer in fact originates from t...

A Code Signing Certificate is a technology which includes the process of validation for publishers of software, content, code, and scripts based on a digital signature to authenticate their identit...

The SAN (Subject Alternative Names) Certificate, aka UCC (Unified Communications) Certificate, is the reliable multi-domain SSL security which allows for secure transmissionon up to 25 host name...