Browse Articles  »  Spirituality  »  Who You Know 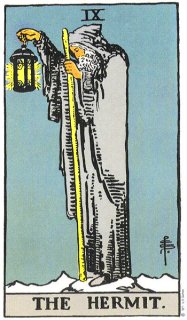 As a young man contemplating the purpose of life and what may be my role in it, I asked my dad that burning existential question. He wasn't what I would call a spiritual man, but I did respect his experience and "street smarts." He leaned over to me and said in a confidential tone, "It's all about who you know," and then winked.

His wink-and-a-node quip conjured up images of a secret society somewhere that if you happened to be lucky enough and worthy, membership might be granted and suddenly all the doors to success in the world would open to you. But that image made me skeptical, and I realized that my democratic spiritual values rejected the notion of the greatest opportunities in life being for only the select few. And since then, I've never liked the concept of the "Good Ol' Boy" club, although it's obvious there is considerable power locked up in it in governments and corporations worldwide.

Later in life I became enamored with the concept of "synchronicity." I think it was the The Police album by the same name that got me looking into it, but it seemed to explain something very deep to me about existence and the wider role of consciousness in it.

This got me investigating astrology, the Tarot and the I Ching--all of them being tools of spiritual divination. As a fledgling Tarot card reader, I was struck by the emphasis on the people and personality types surrounding me at any given moment. Some were messengers, others were teachers, still others were what Carlos Castaneda refers to as "petty tyrants."

To me, this is the value of divination tools: to point out the archetypal nature of life experience. Using the ancient symbology of the Tarot, I Ching or astrology, the people, places and things in your life become imbued with greater meaning because of their context in the present moment. In other words, when a divination symbol is noticed as being "the same as" a person, place or thing, a connection is made with the greater archetypal world, thus creating deeper meaning.

Later, in my early shamanic training, I began to understand what synchronicity really is, and how it relates to divination tools. It is the word we use to describe the reflection back from the universe of what has been going on in our mind. At one point I asked my guru about this, and he practically shouted at me: "The universe is reflecting back to you exactly what you are putting out."

In fact, every single detail of my experience is a reflection of the sum total of my intentions, perceptions, considerations and judgments. My guru followed this up by declaring, "There is nothing but you here."

An example of these concepts just happened as I was writing this. A Pure Energy Rx customer called in wanting me to explain the uses and effects of using the e-formulas. I then came to find out that he already knew much of what I was saying, but wanted to hear it authoritatively from the company. So, here was the Teacher calling me up to make me review my knowledge and insight about something I had experience with. This happened while I was writing this article about the synchronistic meaning of people in one's life. It was like a mirror image being reflected into another mirror on out to infinity... took me a minute to process. 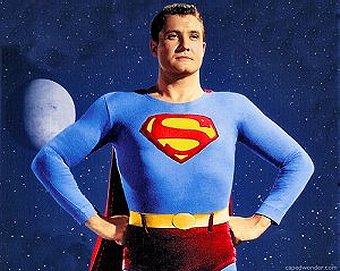 It is useful to begin to notice what the people in your life represent. Maybe there is a teacher, a student, a hero, a menace, a superman, a prince or princess--whatever the archetypal versions are. Then, review your experiences with these people to which you have assigned these "roles" or archetypes, and try to spot: 1. What was happening when you decided on what they represented, and, 2. If they started out representing one thing, and then changed into another.

The purpose of this exercise is to bring up your awareness of how you assign values to what you are experiencing. George can experience Mr. Smith as the epitome of generosity; while Pam sees him as the Village Miser. Mr. Smith hasn't changed, but you can bet that his behaviors change when he's around George as opposed to Pam.

So here we enter into the realm of expectation. I believe that one of the advantages and disadvantages of the human mind is that it compartmentalizes; breaking experiences down into chunks that are then assigned values. That construct of various sizes of wood planking and paint, with horizontal and vertical supports is called a "table." We don't have to analyze the entire object before recognizing it as a table. We have a preconceived notion based on past experience that tells us that this thing is a table. In an alternate world where tables were upended and used as chairs, we would be confused and confounded, because our expectations would be invalidated.

We do the same with people, who then become characters within various stories and plots. All of it, of course, is made up. These are arbitrary assignments of value we make based on what it is we want to see, or are resisting seeing. We may resist or even dread seeing certain things in our lives, and yet because they must have existed in our minds to be resisted, they can become part of our experience nonetheless.

To me, the most valuable person in my life is the Petty Tyrant. Not because they are particularly enjoyable to have around, in fact, just the contrary. But, spiritually, in terms of spiritual revelation, they are the best. The Petty Tyrant will tell you the worst things you don't want to hear. They'll behave in the ways you most disagree with. They'll make unreasonable demands of you, or be crushingly unfair when it comes to you. The reason Petty Tyrants are valuable is that they reflect back to you those part of yourself you are resisting, or represent those things in your makeup that have "charge" or negative emotional content.

Once the source of the charge is spotted, the Petty Tyrant ceases to be a tyrant, and is then free to become something else--maybe even a trusted friend, or even a hero.