What is Kabbalah Magic?

by Olayinka Oyelami About Me

Quabalah or Kabala is the foundation of ancient Jewish or western esoteric tradition. The system was so strong, sacred and holy that it was regarded by the Jewish as a serious transgression to commit it to writing.

Thus the teaching was handed down from generation to generation orally. In the old Hebrew, the word Quablah means from mouth to ear. It was only of recent that scholars started to translate and put the teaching to writing. 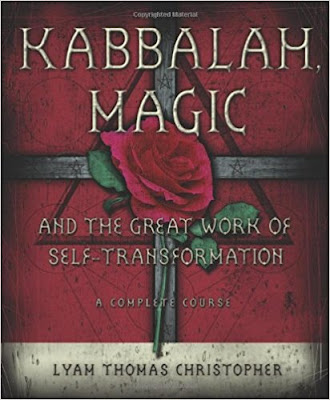 The Quabalistic system is magical and occult..occultism points the way to the Christ when faith alone cannot find him. All Qabalist are called magicians and they are all Jewish Prophets such as Abraham, Moses, Isaac, Elijah, David, Solomon and more are all Quabalist and Magicians.

The word MAGIC was derived from the Persian word “Mag”, meaning a ”Priest” for the Persian Priests are wonder workers. Webster dictionary defined Magic as “The hidden wisdom and power possessed by the “Mag” or “Magi” meaning a wise man.

The Qabala Jewish traditional occultism was first taught by God to selected company of Angels who form a theosophical school in paradise and taught this heavenly doctrine to selected initiate on earth, the protoplasts with the means of returning to their pristine nobility and felicity.

From Adams it passes over to Noah, and then to Abraham, the friend of God, who emigrated to Egypt, were the patriarch allowed portion of the Mysteries to ooze out. Egyptians obtained some knowledge of the mysterious doctrine. Other Eastern nations introduced it into their philosophical and religious systems, Moses also initiated the seventy elders into the secrets of this doctrine and were transmitted from mouth to ear.

Of all who formed the unbroken chain of tradition, David and Solomon were deeply initiated into Quabalah Mysteries, hence Ancient occultism was the Royal or Sacerdotal Arts. Quabalah system was so strong, sacred and holy that it was regarded by the Jewish as a serious transgression to commit it to writing.

Thus the teaching was handed down from generation to generation orally. It was only of recent that Schimeon Ben Jochai, who lived at the time of the destruction of the second temple, after his death, his son,

Rabbi Eleasar collated Rabbi Schimeon Ben Jochai’s treatises, and out of these composed the celebrated works called ZHR, ZOAR, SPLENDOR which are grand store-house of Kabala Magic or Mystical Kabala and scholars started to translate and put the teaching to writing.

Get Kabbalah, Magic & the Great Work of Self Transformation: A Complete Course

Based on Kabbalistic techniques, the teachings of the Hermetic Order of the Golden Dawn, and an Hermetic tradition spanning nearly two thousand years, this innovative new work introduces the history of the Golden Dawn and its mythology, the Tree of Life, Deities, demons, rules for practicing magic, and components of effective ritual and Tree of Life: Healing Through the Spheres of the Kaballah