What Does Judaica Mean? 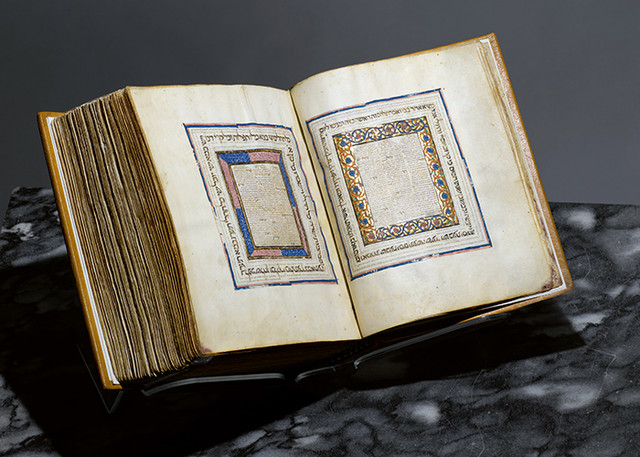 Judaica is a term that describes ceremonial art that is used in Jewish rituals, especially when referring to hiddur mitzvah, or the creation of a beautiful mitzvah. While Judaica was once a popular term, it is not as well known as it used to be. Those who still know this practice were told by their parents or older members of their family. Judaica from Israel is often the most precious items.

With that said, let's get into the importance of Judaica and how it is incorporated in Jewish rituals.

Judaica is one of many ways Jews worship God and all of His commandments. Throughout history, Judaism has placed a great deal of significance on these beautiful objects and the artists and craftsmen that create them.

Some Judaica art has grown in value and become artifacts. These objects are excellent reminders of history and the importance of celebrating God with beautiful items.

Many items are considered to be Judaica, including:

Created from silver, pewter, porcelain, or nickel, Kiddush cups are used to sanctify many Jewish holidays and they are also used for the Shabbat. These cups have intricate designs of varying types and many are extremely old.

Whether for Menorah or Shabbat, candlestick holders are an important part of the Jewish religion. These ornate items may come in many colors and can be decorated in a variety of styles. Historically, they were made of pure gold, but now, candlestick holders can be created from any non-flammable material.

Jewelry is a tradition in the Jewish religion and is mentioned in the Bible. It was heavily present in the story of Rebecca and Isaac's marriage. Jewelry may be made of opal, silver, stone, leather, gold and other materials.

There are many types of jewelry such as pendants, rings, bracelets, and necklaces, Jewelry boxes are also intricately decorated to add beauty to worship.

Mezuzah is well known in the Jewish religion even if they may not be known as Judaica. Many of these parchments are very old and they contain texts from the Bible. They are often placed outside of Jews' doors to remind them of God's commandments. Some of these are placed in museums to preserve their contents and to ensure they are accessible to many.

Mezuzahs can be made from pewter, wood, aluminum, and other materials.

Some Mezuzah parchments are folded in an elegant scroll so they can be closed to keep the contents safe.

Challah is holy bread and is eaten during Shabbat and many other Jewish holidays. To honor its holiness, Jews cover it with a specially designed fabric cover. They also use a unique cutting board to slice this bread. Challah covers and boards are often handcrafted and can last an entire lifetime if properly cared for.

There are many more items that are used to worship God in the Jewish religion. Each is designed to show how much those of the Jewish faith respect and honor God. Judaica can be found in Jews' homes to remind them of the beauty of God.