Browse Articles  »  Technology  »  Use Siri on Your Apple Watch

Use Siri on Your Apple Watch

In the fast-growing world that we live in today, merely smartphones won’t help. So Apple introduced its line of smartwatches that are far more than just a time-telling device. This machine that you wear on your wrist can track health and fitness, place calls, create reminders, and add calendar items with iOS and other Apple products and services. One must know that Apple Watches are one of the best-selling wearable devices. So here we are to help you make good use of one of the favorite voice assistants, Siri, on your amazingly amazing Apple Watch. 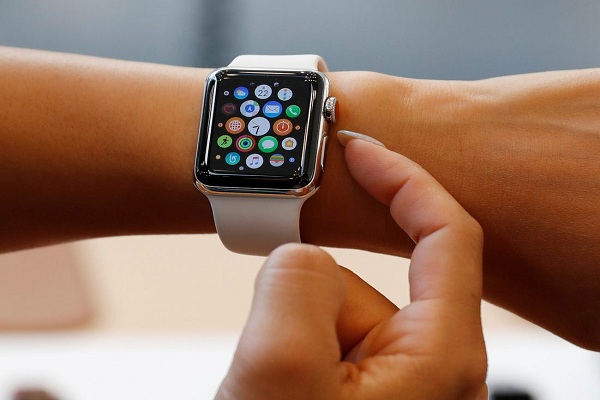 What Siri Cannot Do

Before getting into what Siri can do, it’s better to know what it cannot do. First of all, you must know that all of the features discussed in the article below require Siri to be online. Also, all the non-cellular Apple Watch users will require a phone nearby for Siri to function.

To be able to access Siri on your Apple Watch, first, you will have to enable it on your iPhone. For which, you will have to navigate to “Settings” followed by “Siri & Search.” After this, open the Settings on your Apple Watch, then tap on the “My Watch” tab. Alternatively, you can use the Watch app on your iPhone to access the “My Watch” tab. Once opened, tap on “Siri.” A list of options will appear. From here, enable all the options mentioned below:

After enabling all the options mentioned above, you can activate Siri using whichever method that suits you.

How to Get Siri to Make a Phone Call

With Siri on your iPhone, making a call is as easy as it can be. All you have to do is activate Siri using any of the aforementioned methods, then specify the name of the person you wish to call. You could use the phrase, “Call [contact] at [home],” where contact is the person you want to call, and home can be a substitute for work, mobile, etc.

How to Send a Text Message

Sending a text message with the help of Siri is almost like making a phone call. All you have to do is activate Siri and use the phrase, “Send [contact] a text/message.” After reciting the message to Siri, it will display a preview of the message, after this, you can ask  Siri to either “Send” or “Don’t Send” the message.

How to Set an Alarm/Timer

Receive Answers for Your Questions

Do you want to know what the weather is going to be like today? Do you need to know who invented the internet? Just ask Siri.

How to Start a Workout

Want to track your workout? Just ask Siri to “start a [treadmill] workout.”  You can also get Siri to begin tracking your workout by telling Siri that you want to go for a two-mile walk.

How to Turn on Airplane Mode

Nothing can’t be easier than this, just ask Siri to “Turn on airplane” mode, and it will disable cellular and Wi-Fi connections, plus turn off the app notifications.

How to Get Directions

Simply activate Siri and say “Get directions to [location],” and Siri will display directions on your Apple Watch as well as iPhone.

How to Identify a Song

With the newly added Shazam on watchOS 6, you can identify just about any song by activating Siri and asking, “What song is this?” With this Siri will identify the song, recite you the details, including the title, singer, and more about the song. Plus, it will suggest you add it to your library.

How to Open Apps

Rather than fiddling through menus on your Apple Watch, activate Siri, and say “Open the Weather app.” If a specific app that you are asking Siri to open in your Watch is not installed, then it will trigger the app to open on your iPhone.

What Else Can Siri Do?

The most sorted way to know what all is capable of doing for you, you can Siri itself. Simply say, “What can you do,” and Siri will open a list of everything it can do, including all the action and the apps it can support, open, launch, etc.

On that note, we would like to conclude this article and hope that you now know about everything Siri can do for you.

Source-Use Siri on Your Apple Watch