Izuku Midoriya, the protagonist of My Hero Academia is known for his reckless and injudicious nature. When he was young, he found himself in a world of heroes where eighty percent of the people had some special powers (called Quirks), but unfortunately, he belonged to the twenty percent with no special powers. He always wanted to be a Hero, but it seemed like an impossible goal without a Quirk. But all of that changed when he met the Symbol of Peace and the Number One Hero, All Might. When All Might saw the courage and determination that Izuku had, he chose him as his successor and gave him his Quirk, One for All. 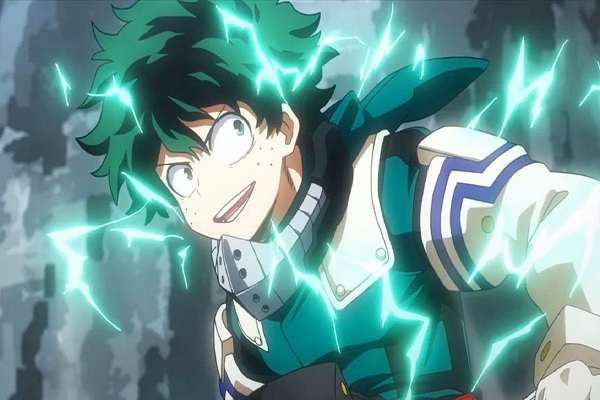 But even though he got one of the strongest Quirks on the planet, his road to greatness was not easy. Everyone else took years of practice and dedication to control their powers, but Izuku inherited the Quirk so late he had no time to get used to it. This posed many problems for him as he had to fight many villains, and whenever he tried using his Quirk, he got himself injured.

One for All is extraordinary, and mastering its use is a difficult task. But even with so little practice, Izuku was not only able to defend himself but even defeat his adversaries, which was, in itself, a remarkable achievement. All of this was possible because his body has retained or may have acquired some quirky aspects that enabled him to withstand devastating damage. So, let’s look at the aspects of Izuku’s body that are out of the ordinary.

While Izuku is adjusting to his Quirk, he is confronted with tough challenges along the way. Unfortunately for him, he often always gets into trouble with some villain and ends up using his Quirk One for All with little control. The use of his powers takes a tremendous toll on his body. For most people, broken bones would probably mean the end of the fight but not for Izuku; he is unusual. Even with his broken bones, Izuku often keeps using his Quirk until he wins the battle or ends up in the hospital. His indomitable spirit is supported by his body’s ability to take significant damage and remain in the fight.

Izuku might not have a Quirk of his own when he was born, but his ability to take inhumane levels of injuries is extraordinary. This often dumbfounds his friends and adversaries. It seems Izuku was not ordinary; after all, his will to fight for others’ sake and never give up seems like the Quirk that he was born with.

Izuku always struggled to use 100 percent of his One for All without harming himself in some way. But in the Training Camp arc in season 3, when left with no other option but to confront Muscular to save Kota, he pushes past all his previous limits to use 1,000,000 percent of One for All. But, how come Izuku uses 1,000,000 percent when his bones break even when he uses 100 percent of his Quirk? The anime does not give any satisfactory answer, but we learn that Izuku can use an overwhelming amount of energy even for a brief period.

When Izuku was just another ordinary teenager, he was a keen enthusiast of Heroes and their Quirks. He would often take notes in a notebook whenever he got an opportunity to see a Hero fight. This became a habit over time, and he started muttering to himself all the possibilities of a fight just by looking at the Quirk of his opponents. His attention to detail was extraordinary, but his muttering would often worry or confuse others. This habit can be observed whenever he is doing an in-depth analysis of any event or a fight. The dumfounding side effect of his muttering is quite useful since it confuses people and overwhelms them with information. Maybe, Izuku should think about doing the same with his opponents during a fight.

When Izuku undergoes training to master his One for All Quirk, his primary concern is to use it without breaking his bones. While training under Gran Torino, he learns to use some percentage of his Quirk throughout his body, which he calls Full Cowling. In this state, he can use his powers without physically harming himself, but interestingly his body fizzles with green lightning when he is doing this. The lightning is intensified depending on the power that he exhibits and is complemented by striking veins and glowing eyes.

One for All gives its users raw power that enables them to accomplish the superhuman tasks with ease. But none of the previous users had shown any visual effects of using the Quirk, and it seems that it is something exclusive to Izuku only.