by Andrew Lynn Marketing Manager
Resurgence Gear introduces, "Sherpa Motorcycle Jacket" to cope up with the chilly winter waves in Australia to make your motorcycle rides safe and cozier. Resurgence Gear is the manufacturer of the highest quality motorcycle Jeans, Jackets, Cargo Pants, and Hoodies. Specially designed to keep riders safe & comfortable in all weather conditions.
The Sherpa Jackets
Sherpa jackets are a winter staple, particularly in the northern United States and in Canada.
You won't find them in the photo spreads of glossy fashion magazines very often, but in places where getting work done and staying warm is a daily necessity, sherpa jackets are actually among the more attractive options.
And for our readers in the seriously northern climes (or seriously southern, for that matter — it gets chilly down near the tips of Australia and New Zealand), this is an option that's worth knowing about especially when you can easily layer it with a fleece jacket or waterproof outer shell.
What really are Sherpa Jackets?
As neat as it would be to pitch these as authentic clothing from native Himalayan cultures, the modern sherpa jacket gets its name from an industry term.
Sherpa lining," In the garment industry, refers to a polyester lining with a deep pile and large, fuzzy “naps” that give it a bumpy texture."
The overall effect is similar to real sheep's wool, but sherpa lining is lighter weight, much less bulky, and faster drying. It's also considerably cheaper and avoids any ethical concerns about animal products.
You wouldn't want a jacket made of just the sherpa lining. On its own, it's neither windproof nor waterproof (although it does dry out quickly). It's similar to the various blends used to make “performance fleece” gear, albeit a little less high-tech. Not suitable for outerwear, in other words.
The Sherpa Motorcycle Jackets
These armoured sherpa motorcycle jackets feature full strength Pekev® liner, the same used in full strength motorcycle jeans manufactured by resurgence Gear with a CE level 2, 10.83-second pass; armoured jeans highest ever abrasion recording. It’s not only the liner strength that makes these the best motorcycle sherpa jackets but also the amount of coverage. 100% of the product is covered to give you 100% protection where needed. 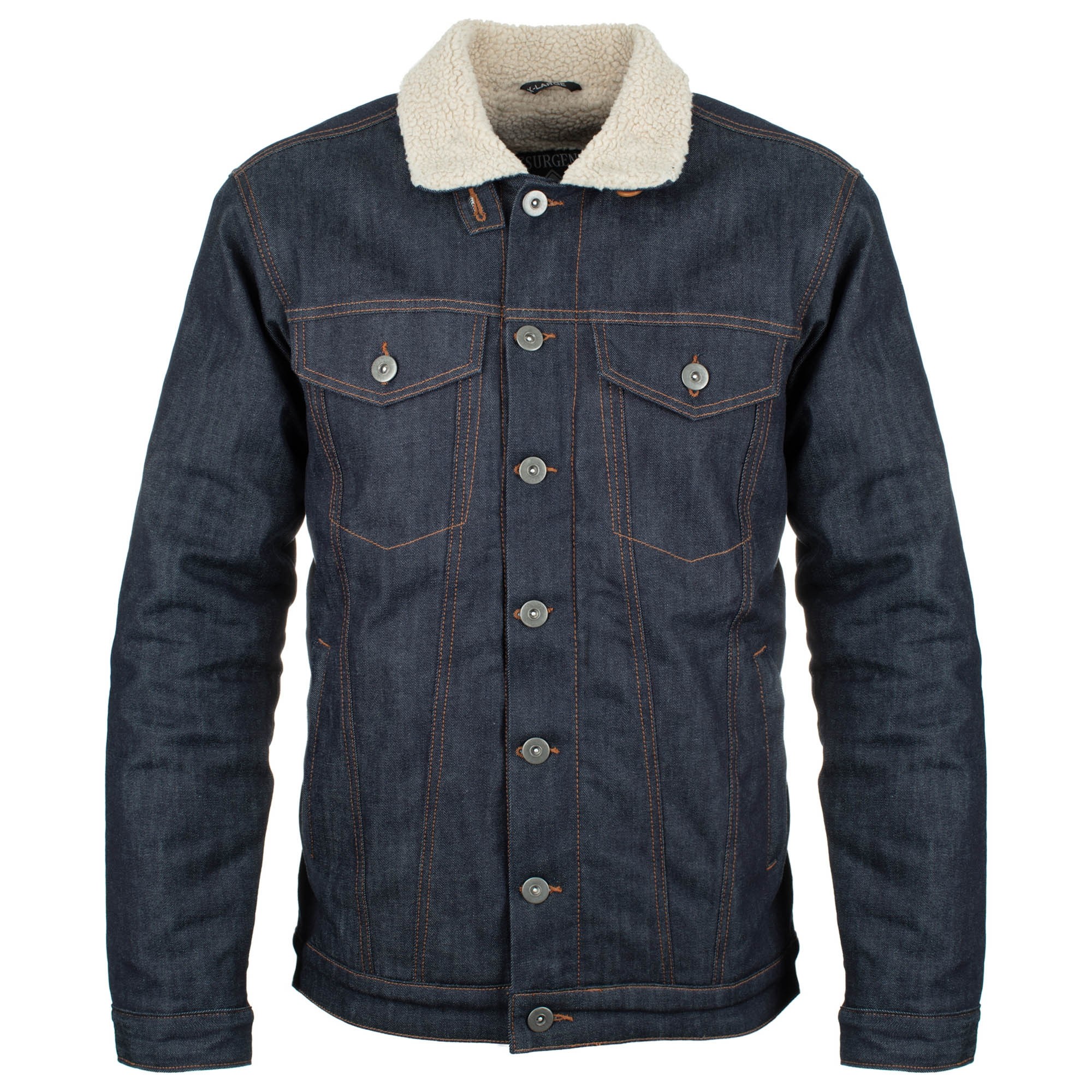 Note: Pekev is a Resurgence Gear exclusive, patent-pending technology that, unlike most protective motorcycle clothing can be washed without losing its protective ability. All Resurgence Jeans products feature the highest quality stitching and construction and are backed by a satisfaction guarantee.