iPhone 8 64GB or 256GB: which storage option should you choose?

by Tao Zin Hồ Chí Minh When the very first iPhone launched back in 2007, it came with either 4 or 8GB of built-in storage – both plentiful amounts for a time when the size of photos was measured in kilobytes and native third-party apps for Apple's phone were non-existent.
It has been 10 years since then, and our need for gigs has grown quite a bit. In fact, the 64GB inside the base iPhone 8 and iPhone 8 Plus are now just an okay amount for a phone of this class.
Would you be able to survive with 64 gigs, or should you go with the 256GB model instead when you place your iPhone pre-order? Let us help you out. 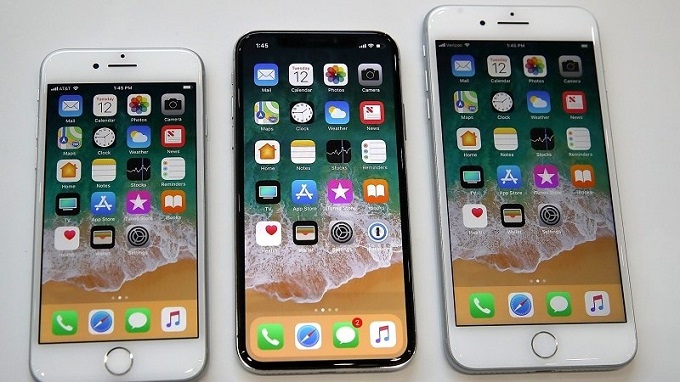 First things first: how much free space does a 64GB iPhone 8 have?
That right there is no dumb question. Even when brand new, your iPhone has some of its storage space occupied by iOS and its core applications. On our iPhone 7 Plus running the iOS 11 beta, we have almost 3.7GB taken up by the OS and a few hundred megabytes dedicated to native apps like Safari, Music, and Maps. These numbers will vary from one device to another, but for simplicity's sake, we'll assume that a iPhone 8 64GB iPhone has 60GB at the user's disposal.
And how much space do apps and games eat up?
Numbers vary, of course, but we do know the figures for some of the most popular iOS apps. For example, Apple's own iLife suite (including GarageBand for making music and iMovie for editing video) consumes about 2GB of storage, and iWork (including office apps: Pages, Keynote, and Numbers) requires an additional 1.3GB. These are all optional apps, of course, but are all nice having.
We must also take popular apps and games into account. We downloaded 20 of the most popular iOS apps, and all together took up a little over 2 gigs of space, which is not too bad. Of course, many of these apps will cache additional data over time, but the OS will clean that up automatically if storage space is low. With games, it is a different story.
They can be very large in size, with premium titles going well into gigabyte territory. We put together 10 of the most popular iOS apps and their space requirements totaled to 7.4GB.
What about video, music, and photos?
Without a doubt, video is the media with the highest space demands. Each minute of high-quality footage at the traditional 1080p, 30fps setting takes up 130MB of space, and 4K video takes up a whopping 350MB per minute.
The iPhone 8 and 8 Plus have the capability of shooting 4K at 60 frames per second – the highest quality recording mode on an iPhone ever – but that could end up consuming up to 700MB per minute.
(These figures are valid for the old video format that has been used on iOS until now. iOS 11 will introduce a new video format with better compression, which will result it storage space savings. A quick experiment indicates that these could be in the range of 10-15%.)
Music is a lot less taxing. Should you choose to keep any Apple Music tracks for offline use, each will take around 9.2MB of space. So a gig of storage will fit around 108 songs. And with photos, the situation is a bit complicated since image size varies depending on what's in the frame and on whether you have the Live Photo option enabled. But on average, and if you have Live Photos on about half the time, 1GB will fit around 262 shots. Our calculations are based on a total of 50 photos of various scenes that we took with our iPhone 7 Plus and with Apple's new HEIF image format.
Okay! So which one do I get: 64GB or 256GB iPhone 8?
On a 64GB iPhone 8, you can store 1000 songs, 2500 regular photos, 2500 Live Photos, an hour of 4K video at 30fps, 20 of the most popular apps, 10 of the most popular games, and Apple's own productivity suite of applications.
That's a lot of stuff, and if you think you can fit within these figures, then you'll be totally fine with a 64GB iPhone 8 or iPhone 8 Plus. But if you take and store a lot more video on your iPhone, if you consider yourself a heavy gamer, if you never bother deleting any of the photos that you take, then yes, the

is the one you should consider. Considering that it provides you with 4 times as much storage space, a premium of $100 is reasonable and easy to swallow.