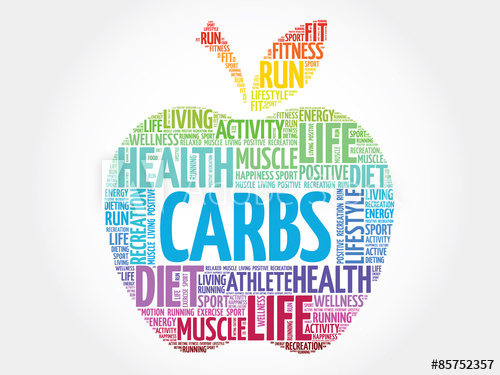 People who are diabetics often deal with problems related to diet because they want to maintain their blood sugar level. Studies have shown that carbohydrates release more sugar level in blood than protein and fat. However, one cannot escape the consumption of carbohydrates as it is present in our day to day meal. But how carbs affect blood sugar when it enters our body? You can find your answer here.
What are Carbohydrates?
Before understanding the effects, we need to know what exactly are carbohydrates and how it is classified. Carbs are the essential food group which is often found in the form of starch, sugar or fibre in different food items such as fruits, milk, vegetables, cereal and grains.
Initially, it was classified as simple (composed of sugar with simple chemical structure) and complex (composed of sugar with complex chemical structure). Later, it was difficult to determine its effects on blood for which the Glycemic Index was determined. Glycemic Index is a ranking between 0-100 assigned to food according to their effects on the blood glucose level. Food with the high glycemic index, such as white bread, cause a rapid change to the blood sugar, whereas, food with a low glycemic index, like whole oats, results in slow changes.
Factors affecting the glycemic index of food
How carbs effects sugar level?
As carbohydrates enter our body, it is broken down into smaller pieces which turn into sugar. Pancreas, located behind the stomach, stands responsible to produce insulin which further transfers sugar from the blood to cells to consume it as energy. The person with diabetes often has a pancreas that produces insufficient insulin or the insulin produced is being used inefficiently. When food with refined carbohydrates is consumed, the particles are broken with speed resulting in loads of glucose in the blood. This burdens pancreas to produce enough insulin. Eventually, the pancreas becomes unable to stand the load of glucose which increases the level of sugar in the blood. This scenario often takes place with simple carbohydrates which is why consuming complex carbs is beneficial as they produce glucose slowly.
Wrapping up
So, next time you eat something, do check its carbohydrate content to stay healthy as a little fluctuation in carbs can fluctuate sugar level in blood.
Contact the Sigma Team for Any Inquiries Regarding Food Testing
Website:- https://www.sigmatest.org
Call on this number +91-9560222333,  Mail ID- mail@sigmatest.org