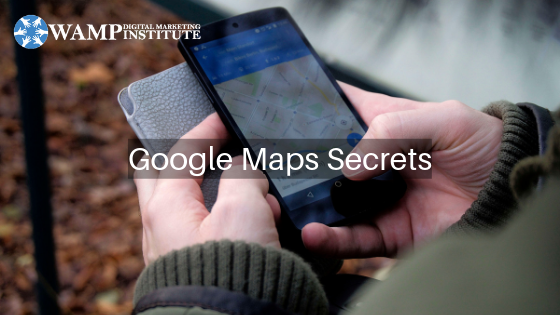 If you have a smartphone and you travel often, it is almost impossible that you have not used Google Maps. It's an amazingly powerful app that not only serves as a standard GPS device and directs you to places but also gives you the recommendations of the fastest routes related to reaching your chosen destinations. Let's take a look at how this super popular navigation app works.

The green, yellow and red routes that Google Maps uses to express clear, slow, or heavy traffic, when you are trying to determine the fastest path to your destination, but Google traffic How do you know the situations where you are and where are you going to go?

Google Maps bases its traffic ideas and fast-paced recommendations on two different types of notifications: the average time spent traveling to a particular section of the road at specific times on specific days and sent by the sensor and smartphone Time data that reports how fast cars are running.

In the past, there was only one way you could know the situation of traffic on a particular road, which was that you had to listen to radio broadcasts every hour.

But today we can see the traffic status at more sophistication level and all its credit goes to Google Maps. On Google Maps, we can check traffic conditions in real-time. Not only that, many phone applications and programs rely on Google's data to provide accurate information related to your geographic location.

Why do so many apps access your location? Who really needs it?

If you have access to a map of an area, then finding any place there is not difficult at all, but still, we will not know about the condition of the traffic without some help. The Google Traffic really does this for you, but have you ever thought about how they do it?

How does Google Maps know about current traffic conditions?

As of 2009, the early versions of Google Maps were only dependent on data from the traffic sensor, most of which were established by government transport agencies or private companies who specialize in collecting traffic data. Using radar, active infrared or laser radar technology, sensors are capable of detecting the size and speed of vehicles passing. This information was then transmitted to the servers, and then regular traffic updates could be announced. Google also used to get data from these sources and updated this traffic status to our Maps app.

How to prevent Google from tracking your location

The data of these sensors can be used to provide real-time traffic updates, and, when all this information is stored, it can be used to predict traffic volumes on future dates. Historical data becomes part of the pool.

So, if you wanted to take an alternative, less used route for your destination, but there was an unexpected traffic jam on it, you could not already know about it.

Also, with traffic sensors, you can never receive updates on current traffic on a particular road on your smartphone or another handheld device.

How to use Google Maps?

In early 2009, Google started using crowdsourcing. It's a sophisticated, fast, and very reliable technique to get real-time traffic data. Below is a simple illustration of how crowdsourcing works:

Crowdsourcing is a very interesting sourcing model for collecting information. When Android phone users encrypt their GPS location with their Google Maps app, the phone sends bits of this data anonymously to Google, so the company realizes how fast their cars are moving forward.

But there are many users besides you, who want traffic updates of the same route. Therefore, they will also open the Google Maps app to check traffic conditions on this road and enable their GPS location.

Google Maps constantly adds data coming from all these cars on the road and sends it back on the traffic layer through those colorful lines.

In this way, Google will get a lot of information about that particular geographic location, in which the number of active users in that area, the speed of different vehicles, sitting in which they are currently using this app (via GPS satellites), And the density of the vehicles. By using all this information, Google provides traffic updates in real time.

Crowdsourcing works the same way - once you toggle Me Location in Google Maps, the app automatically starts sending data from your location to Google's servers. Google collects all this information from the users of your app connect the data, performs some quick analysis, and then transmits meaningful, actionable information for its users.

While traveling on a busy road, when Google sees that there are some slow-moving vehicles (or very slow-moving, Maps-bearing smartphones) in a particular area, then it is indexed with a yellow line on the map. Does it Similarly, if any traffic is interrupted or the traffic is stuck, then it indents this barrier with a red line in the map.