by Lizzy Halery American Window Film, Inc.
The article will take you through the essential information you must know about the window films for your space.
When there is a presence of a lot of glass windows on a commercial property, it is seen as an advantage by a lot of individuals, but along with the pros also comes various risk factors as well as issues that can make it difficult. Security films that are specially designed for windows can take care of several problems that are associated with glass. Security anti-blast film for windows is an incredible product that can make glass harder to breach. Burglars or trespassers have to put in a lot of effort inside the property. This can create a lot of noise, which means you’ll get more time to react. Security film can prevent windows from becoming sharp projectiles when it is hit by an intense force, and it can also significantly slow down the speed of a bullet or an external object that enters the property. You can also consider getting a solar control film for your house or office to reduce the effect of sun rays and light. 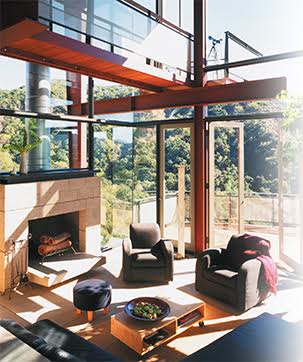 Visibility
Everyone likes a good view to let the light come into the building. When there is a lot of light, it can uplift the mood and considerably reduce the amount you spend on artificial lighting. That being said, the visibility and exposure that glass doors and windows can cause, especially at the lower level or if you are standing close to a multiple story building, you can clearly see what is going on in your own building, or you can monitor valuables that might entice intruders. Individuals who are up to no good may view this as an opportunity when no one is around the property, and probably the building is empty.
Strength
Glass is brittle and is considered to be the weakest point in the exterior of a commercial, industrial, or residential property. Even a tempered glass can break with the application of some force or with the use of a carbide tip tactical pen. Glass can shatter quite easily, and it doesn’t even make much noise if due care is taken. When people are busy with their work, they get completely absorbed in their own music, video games, or just watching TV. It can be amazing to see that no one notices any suspicious activity.
How good is a window security film?
Anti-blast film for windows and doors is something anyone can use to get some additional privacy. Some of the popular films are attached with the help of glue, while others make use of static technology. This basically means that even when you have a rented property, making use of window films is what you should do to enhance your privacy as well as security. Security film shields the glass from shattering into dangerous, fatal pieces. Films were created to deal with the problem of blasts or bullets shattering glasses.