Breaking down Deep Gold’s music – what makes him so unique?

Music trends have changed a lot in only a few decades. Music charts were once dominated by rock artists and bands making real music that's still relevant today and still has a following in millions. Today, however, chart-toppers are often 'mumble' rappers or singers who need computer software to actually sing. Isn’t it ironical?

Not all hope is lost, though. There are still some artists doing their best to make real music, music that will live for decades and not bank on ‘trends’ for success. Most of these artists refuse to get any sort of corporate backing and are independently sailing in the ocean of music with their pure talent and passion. One of these artists is a singer/songwriter from Maine who goes by the name ‘Deep Gold’. Deep Gold’s music has always had that genuine, organic connection with the human emotions. His music style is unlike anybody else as it combines elements from rock, blues and indie-pop, but also has some distinguishing characteristics of its own. Even the songs he covers somehow seem to be exclusively his own! Listen to his soulful cover of Bob Dylan’s ‘Forever Young’ if you have no idea what we are talking about. 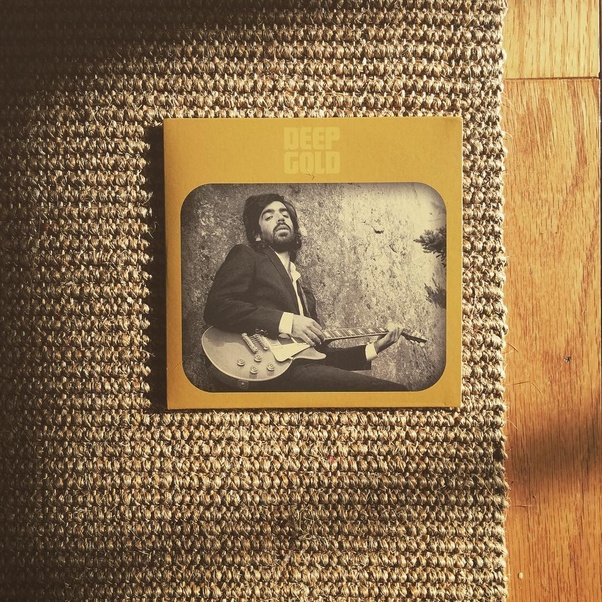 So, what exactly makes Deep Gold unique? Just 2 days before his self-titled debut album release, we thought it's the perfect time to break down his singles and find out the answer.

We all know that the vocals are often the key block around which the rest of the track is arranged. This is where Deep Gold puts every other artist in the shade. His voice is textured and subtle, while still being powerful and soul-crushing as is evident on “The Hellhounds”. His vocal aesthetic clearly plays a huge part in his success and is one of the reasons why his songs are so unique.

Deep Gold’s music tends to take a more in-depth look at the tales that are told through his lyrics. His tales are very emotional and personal, giving listeners the feeling that they are hearing his deepest confessions. His music even hints at a social message beyond the more common peace and unity feel of some alternative rock songs. His music often leaves listeners feeling as though they have replenished their inner being.

His is such an intense music character that most people don’t realize how soothing Deep Gold’s songs actually are. Thanks to the combination of his deep, comforting voice and a more complete lyrical content, his music is often classified as the best new music in Maine (where he is originally from).

These were three key elements that make Deep Gold stand out of the ordinary and reach a pace of success that many only dreams of.