Apex Legends Season 4 has finally arrived with tons of new challenges, characters, and weapons. It’s a shooting game, so usage of guns and bombs is basically a significant thing. In Apex Legends Season 4 varieties of deadly weapons available. It is one of the most exciting seasons after game release because of its new maps and powerful guns. Multiple guns in Apex Legends Season 4 changed, and developer “Respawn Entertainment” has done numerous changes in the guns section. With the new maps and new legendary character, now you should explore modern deadly firearms. 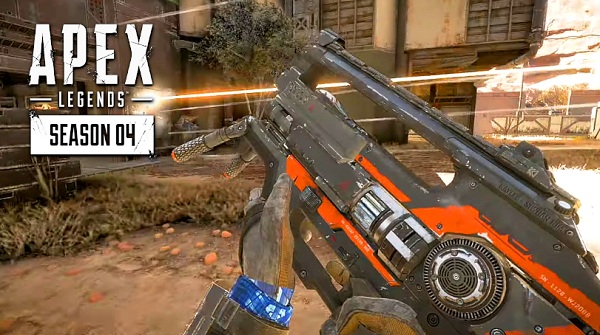 Basically, the new season has arrived with new guns, and in order to win the battle, you need to know full details of the weapon that you are going to use. There are some deadly weapons available in Apex Legends Season 4 that will help you win matches. Some guns are effective but hard to control; therefore, few simple controlling guns are also available that you can use to be on top. Let’s find those ultimate guns of Apex Legends Season 4.

Flatline – Among every assault rifle, players prefer to use Flatline because it is effective in every way. It can deal 19 damage to a body shot, and a single clip of this deadly gun can put the enemy to sleep even if they covered with Level 3 Body Shield. Flatline is easier to control if you use it in the pattern of vertical recoil. Having less recoil will stop the gun from moving when you shoot the targeted enemy. Alongside with it, if you add any additional magazine modifier, then it will let you kill two enemies with just one clip. Its damage power 19 to 43 can be enhanced if you attach the “Anvil Receiver Hop-Up.”

R-301 – Since Apex Legends released R-301, it is a preferred choice of numerous players. It’s a deadly auto-rifle gun that becomes stronger after attaching it with apt attachments. Its base damage to any enemy is 18, and it can easily kill an enemy with Body Shield of Level 3. R-301 can deal with excessive damage if you attach Barrel Stabilizer and Light Mag with it then. If you pick it up on the battlefield, then try to find the attachments also because after adding an attachment, it turns into the best gun of game.

R-99 – For those players who prefer to engage in close-range battle, they use R-99, and if you are not aware of this powerful gun, then you should try with it. If you use it in the close-range shooting, then it can tear apart the Level 1, Level 2, Level 3 body shields easily. It is true that R-99 is a powerful gun, nevertheless, just like the R-301 you need to find and attach Extended Mag Attachment to show its full potential. With the attachments, it can only deal “207 damage” if you only shoot on the body.

Prowler – Shooting 5 round of burst mode makes the Prowler a perfect SMG gun in Apex Legends Season 4. Its single clip deals “300 damage” to the enemy and can kill the enemy quickly. Attaching the Fire Hop-Up in Prowler makes it a great weapon. It can kill the enemy instantly if you know how to manage vertical recoil.

Wingman – It’s a pistol, but whoever plays Apex Legends, they all love wingman. Even it’s a pistol, and it hits hard on the body. Its damage-dealing points are 45 on the body and 94 on the head. You can use it in the distance as well, and if you shoot someone all five bullets, then it will deal “225 damage” which is more than many guns in Apex Legends Season 4.

Longbow – It’s true that Sentinel is a newly released game in Apex Legends Season 4, but still, Longbow is keeping itself up in the race of deadly gun in the game. If you use Sentinel, then you need to be accurate on your shots, however you can simply choose Longbow to kill the enemy from a distance easily. Both the rifles deal the same damage, but Longbow has a faster fire rate keep it ahead from other long-range guns in Apex Legends Season 4.