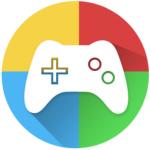 An insight into the ever changing world of mobile technology, and the evolution of mobile games. Recommended Features Learn more about Mobile GameTechnology»

As the mobile tech industry have been changing at a rapid pace, I thought it would be a good time to take stock and look at what is happening, what is going to happen and what has already happened.

Firstly the mobile devices themselves have developed far beyond what was expected, more so since Apple decided to develop the products before a large percentage of there competitors did. This has created a surge on the development race, of making things faster, small and in some cases bigger, especially screen size and battery usage.

According to the report, Lenovo is about to release a game service "Lenovo Game World”. Lenovo Company said that this will help them compete with Samsung in China smart phone market. In addition, t...